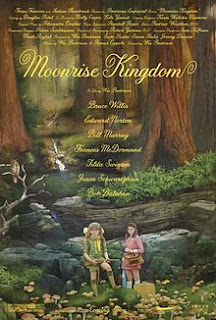 I really like Wes Anderson's films. They're sort of the sole reason for why I love movies in the first place, which is to escape reality and forget your troubles by watching someone else's.

Anderson's films always tend to display a simple story played out by eccentric characters. His new film Moonrise Kingdom continues that trend. He always knows how to infuse his films with a certain charm you can't find anywhere else, and this film is full of said charm.

Much like Woody Allen's Midnight in Paris last year, Moonrise Kingdom is a film that's simple in concept and spectacular in delivery. (You don't come across those often enough.) As mentioned earlier, there's a certain charm that's resonant throughout, again a rarity in Hollywood today.

Another noted aspect of Anderson's films is the eclectic nature of the casts. The names range from his motley crew of regulars to actors you would never guess in a million years would appear in a Wes Anderson film. With Moonrise Kingdom, the names include Bill Murray, Edward Norton (!), Frances McDormand, Bruce Willis (!!!), Jason Schwartzman, Tilda Swinton, Bob Balaban and Harvey Keitel. The stars of Moonrise Kingdom, however, are Jared Gilman and Kara Hayward, the protagonists of the film and both very promising young actors.

If I wasn't clear enough, Moonrise Kingdom is a wonderful film. Like Anderson's previous films, The Royal Tenenbaums in particular, it blends humor and sentiment very nicely. Do yourself a favor, and go out and see this.