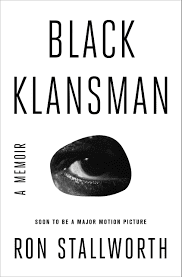 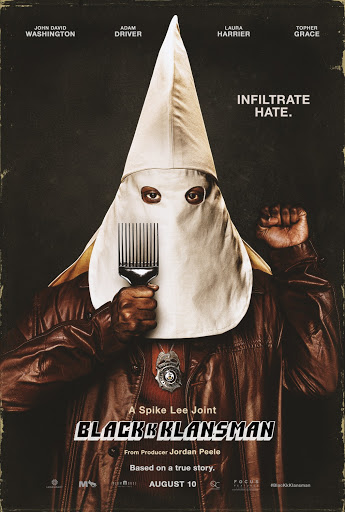 In this current political climate, it's hard trying to immerse one's self in something besides the news. On the one hand, staying informed of what's happening in the world is important. But on the other hand, so much information can be taxing on anyone and a break is appreciated as well as recommended.

Sometimes reading or watching works pertaining to current events can help. One could draw parallels to how the events in work compare to real life, especially if said work is from or set at least half a century ago. You can see either how things have changed or seldom shifted at all. Either way, the result can be interesting to uncover.

Ron Stallworth's memoir Black Klansman in particular chronicles his days at the Colorado Springs Police Department as the first Black detective on its force. Several years into his tenure, he does something that raises more than a few eyebrows: he joins the Ku Klux Klan (to infiltrate it with a white officer as his cover). And Stallworth remains very matter-of-fact in his writing, seeing no need to embellish what happened. That said, he's rightly pissed off when faced with racism.

If Stallworth shied away from mentioning racism he might've faced on a day-to-day basis, then Spike Lee sure as hell tackles it head-on. Tweaking several details from the memoir, Lee's adaptation shows how Black people are still dealing with this bullshit decades later. He also shows that this current wave of social justice isn't a new occurrence; this has been happening for years.

So which is better: Stallworth's memoir or Lee's film? Both have their own strengths though they seem firm in their belief that law enforcement is who to rely on for change in society. If the past few weeks have proven anything, it's that the mass population has a much louder voice than those with authority. After all, to quote Rosa Parks, it is better to protest than to accept injustice.

What's worth checking out?: The movie.
Posted by MovieNut14 at 9:58:00 PM 2 comments:
Email ThisBlogThis!Share to TwitterShare to FacebookShare to Pinterest
Labels: book vs. movie, director: Spike Lee, memoirs/biographies, reviews
Newer Posts Older Posts Home
Subscribe to: Posts (Atom)
All reviews are on a scale of five stars.