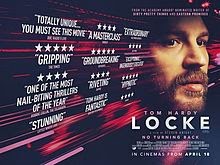 My Rating: *****
Posted by MovieNut14 at 11:40:00 AM No comments:
Email ThisBlogThis!Share to TwitterShare to FacebookShare to Pinterest
Labels: 2010s, movies, reviews My Rating: ****
Posted by MovieNut14 at 11:40:00 AM No comments:
Email ThisBlogThis!Share to TwitterShare to FacebookShare to Pinterest
Labels: 2010s, movies, reviews
Newer Posts Older Posts Home
Subscribe to: Posts (Atom)
All reviews are on a scale of five stars.