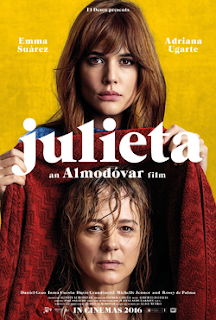 Life in itself often isn't fair to most people. Sure, there can be periods of good fortune but those are usually achieved by sheer coincidence. What's more likely to happen are moments of self-awakening, knowing that your existence won't go off without a hitch.

Pedro Almodóvar's Julieta in particular follows this belief. The titular character (Emma Suárez) is haunted by her past actions, wanting to understand why her daughter abandoned her all those years ago. To do so, she needs to delve into key moments she endured when she was younger. Will Julieta find the answers she's looking for?

As Almodóvar has shown before, he's compelled by complicated women of a certain age. (If only Hollywood felt the same.) He doesn't deny that we're a flawed species, how our emotions tend to get the better of us. And more often than not, those emotions are brought on by what life throws at us.

It isn't much of a surprise that Almodóvar had Suárez and Adriana Ugarte (who plays a younger Julieta) read Joan Didion's The Year of Magical Thinking to better understand the story of Julieta. (He also had Suárez watch Elevator to the Gallows and The Hours for preparation.) It's those works that can best capture how women in difficult circumstances behave, be it for better or for worse in the long run. (As Frank Sinatra once sang, that's life.)

Julieta continues to prove that Almodóvar is the Douglas Sirk of the new century. The matter of melodrama can be rather fickle in general, and only a few properly capture its essence. And as the Spanish-born director has proven since his debut in 1980, he is one of those select few.

My Rating: ****
Posted by MovieNut14 at 9:24:00 AM No comments:
Email ThisBlogThis!Share to TwitterShare to FacebookShare to Pinterest
Labels: 2010s, director: Pedro Almodóvar, movies, reviews 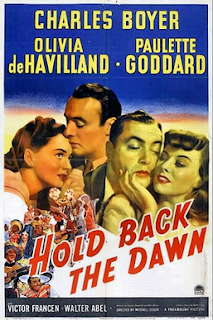 My Rating: ****1/2
Posted by MovieNut14 at 9:14:00 AM No comments:
Email ThisBlogThis!Share to TwitterShare to FacebookShare to Pinterest
Labels: 1940s, director: Mitchell Leisen, movies, reviews
Newer Posts Older Posts Home
Subscribe to: Posts (Atom)
All reviews are on a scale of five stars.