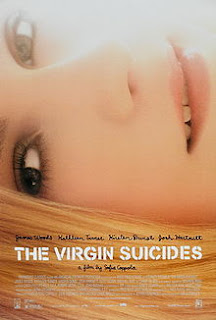 Sofia Coppola is an interesting director. Like her father, she has made an impact on Hollywood with her films. But unlike Francis, her films convey a balance of style and substance, art and reality.

Her debut The Virgin Suicides showcases the gifts she was given. Through faded coloring and natural lighting, Coppola depicts a time when one was at their most unpredictable: the teenage years.

Coppola also shows a common theme that's among her work: loneliness. The Libson girls have essentially sheltered lives, thanks to their parents. Among people their own ages, they rather stay together as a group than be by themselves. Why? They don't know how to talk to other people.

Like her next film Lost in Translation, the leads are bored with their lives and the paths they're going down. They want something different to happen to them, something that's far from their usual mundane lives. They also realize they have to find that life-changing scenario. It's not going to walk right up to them.

The Virgin Suicides is a very good film, but it pales in comparison to Lost in Translation. However, it does shows that Coppola is definitely following in her father's footsteps. It also proves she's a much better director than an "actress".