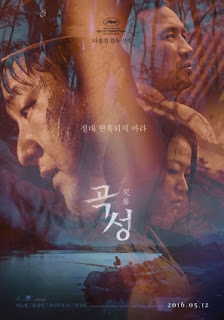 There's something about foreign horror film that pack more of a punch. Is it because directors overseas how what audiences want overall? Whatever the reason is, they're just so damn better than what Hollywood tries to churn out as of late.

Na Hong-jin's The Wailing is one such film. Its 156-minute running time unravels slowly enough to make it deeply unsettling. But how does it compare to other titles of the genre? (Short answer: very well. Long answer: keep reading.)

Unsurprisingly with this being a horror film, The Wailing has its fair share of influences. The most telling of them is The Exorcist, what with their similar depictions of demonic possession and all. But what's shown here involves more of Asian culture as a whole. (Take note, Hollywood.)

After something of an ethereal nature happens in The Wailing, there's a heavy downpour of rain. To some, it might not seem like much; to those well-versed with cinema, however, something might ring familiar with them. That something is a line from Taxi Driver: "Someday a real rain will come and wash away all this scum off the streets."

The Wailing is one of those few films where its country's folklore isn't used for the sake of a bad punchline. (Let's be honest, this has happened in other horror films.) But Na shows his worth as a director to keep an eye on in the coming years. (You know what they say, third time's the charm. And Na isn't adverse to this.)

My Rating: ****1/2
Posted by MovieNut14 at 12:15:00 PM
Email ThisBlogThis!Share to TwitterShare to FacebookShare to Pinterest
Labels: 2010s, movies, reviews