BOOK VS MOVIE: The Revenant 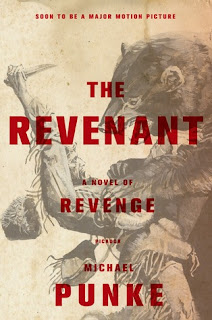 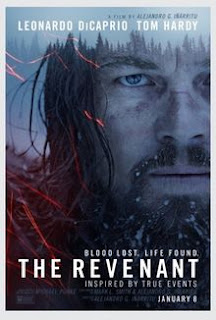 The willpower to survive is unlike anything else. Once one puts their mind to it, it's an unstoppable force. Heaven helps whomever gets in their way.

An endless amount of reality TV shows and works of fiction that revolve around the pursuit of survival. Many depict the harsh wilderness the protagonists are in but sometimes a fierce lust for revenge is depicted as well. Combine the two emotions together, and you have someone who should be outright feared.

Michael Punke's The Revenant depicts in grim detail what trapper Hugh Glass endured in the unsettled wilderness of the Louisiana Purchase. From the extent of Glass' injuries to the downfalls his company faced, Punke paints a portrait of the vicious side of both the past and within humanity.

Granted the screen credit says "based in part on the novel by Michael Punke", but Alejandro González Iñárritu's adaptation feels like something entirely different from what Punke presented. (That's not generally a good thing, mind you.) It plays up the revenge aspect of Glass' story more than anything else (even making Glass a more tragic figure), which feels forced in some scenes. At least the work from Leonardo DiCaprio, Tom Hardy, Will Poulter and Domhnall Gleeson is good.

Both Punke's novel and Iñárritu's film are clearly different works despite revolving around the same story. Punke shows Glass' journey to civilization with a heart filled with rage while Iñárritu dramatizes (and glorifies) said rage with a brutal perspective. One may preferred one more over the other but tastes vary from person to person.

What's worth checking out?: The book.
Posted by MovieNut14 at 10:08:00 AM
Email ThisBlogThis!Share to TwitterShare to FacebookShare to Pinterest
Labels: book vs. movie, director: Alejandro González Iñárritu, reviews