BOOK VS MOVIE: The House of Mirth 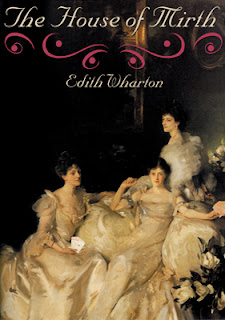 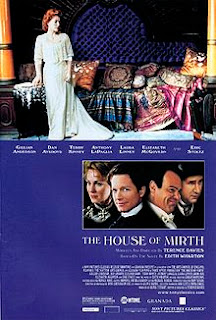 In a drastic situation, one's true nature has the tendency to emerge. Whether a bitter person is actually quite sad or a meek person is more calculating than they appear, it can be a nice twist to the story.

Look at Lily Bart from The House of Mirth. Here is a woman that was raised to embrace wealth to the fullest and sabotages any chance of her leading a happy life. Then she becomes a target of a scandal in her social circle, and she realizes how self-centered New York high society really is.

Edith Wharton's novel has Lily speak with an air of arrogant grandiose from time to time. Alas, this is also present throughout the novel's general narration. You could view it as Wharton's way of conveying high society's true nature but all I saw was merely Wharton trying to sound impressive. (Then again, the novel is more or less from Lily's perspective, but still.)

Terence Davies' film captures both the opulence and flaws of Wharton's novel. And yet Davies manages to overcome Wharton's exuberant descriptions to make a mostly solid film. (The main selling point is Gillian Anderson in a role as far from The X-Files as possible.)

I wasn't won over by either the novel or the film very much but I will admit I was more fond of one than the other. The pluses and the negatives for both are relatively the same but it's not as severe in one. (Though I essentially stated which one it is.)

What's worth checking out?: The movie.
Posted by MovieNut14 at 10:37:00 PM
Email ThisBlogThis!Share to TwitterShare to FacebookShare to Pinterest
Labels: book vs. movie, director: Terence Davies, reviews