The Legend of a Hollywood Beauty 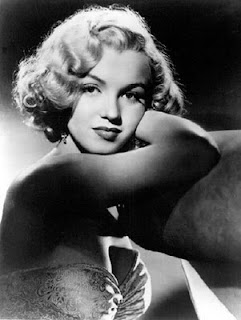 August 5, 1962. That was the day Hollywood found out that Marilyn Monroe, the "Blonde Bombshell" herself, was dead at 36 from a drug overdose. Her death was ultimately ruled a "probable suicide", but many speculate it was an accident or even murder. Now fifty years later, Monroe's legend has grown, even more than when she was alive.

Though viewed as a cherished name in Hollywood now, Monroe wasn't exactly like that during her years as a movie star. She tried hard to be accepted by her colleagues. It was easier said than done. Her directors resented her for showing up late on the set and fumbling her lines. Her co-stars felt the same way. Yet there was one thing they always agreed on: she just radiated on screen.

She was mainly cast as a sex symbol (or, simply put, a "dumb blonde") when she did a movie, but not many people appreciated (or perhaps acknowledged) that Monroe could actually act. She had excellent comedic timing, wonderfully shown in How to Marry a Millionaire and Some Like It Hot. Don't Bother to Knock and Niagara displayed her ability to play a bewitching femme fatale. But it was when she did dramatic roles like Bus Stop and The Misfits she shined the brightest.

The reason? Her characters usually led a tumultuous life, much like Monroe herself. Her own life was littered with memories of a bad upbringing, failed marriages and personal demons. With the 1950s being a "wholesome" period in Hollywood, studios made sure to cover up anything involving their stars' personal lives. It's likely the studios that hired Monroe had to do that often, but sooner or later the truth would be revealed.

There have been many portrayals of Monroe throughout the years since her death. But there was only one person that could portray Monroe the best and that was Monroe herself. After all, she went through many personal tragedies that only she could express. Only she could depict her true feelings on the events of her life because she was there, not the actresses who have portrayed her.

Who knows what would have happened had Monroe lived more than 36 years? Would she have burned out or faded away?
Posted by MovieNut14 at 10:39:00 AM
Email ThisBlogThis!Share to TwitterShare to FacebookShare to Pinterest
Labels: ponderings