BOOK VS MOVIE: The Grifters 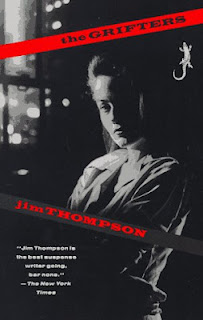 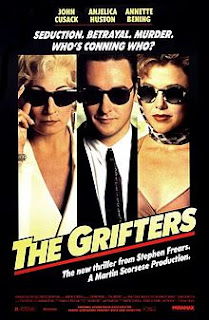 Crime is never a good thing in real life, but it provides excellent material for fiction. (This is coming from someone who likes a good film noir every now and again.) It's just very bewitching to see good people go bad.

The protagonists of The Grifters are just bad people getting worse. The leading man is a con artist, his mother works for the mob, and his mistress uses her wits and body to get what she wants. The very people that reside in a good noir.

Jim Thompson's novel displays dialogue that's simple yet speaks volumes. You can just pick up the pulpiness within every word Thompson wrote. It's different from Hammett or Chandler because what's written is much more grittier.

Stephen Frears' film captures that seediness of Thompson's novel. Frears even gets some great performances from Anjelica Huston, John Cusack and Annette Bening. They knew how to show the nasty side of their characters.

Of course, both are different in regards with certain aspects. The film omits a few scenes from the novel. The novel is a bit darker than the film. But all in all, Frears stays true to what Thompson wrote but with a modern twist.

What's worth checking out?: The movie.
Posted by MovieNut14 at 10:19:00 PM
Email ThisBlogThis!Share to TwitterShare to FacebookShare to Pinterest
Labels: book vs. movie, director: Stephen Frears, reviews