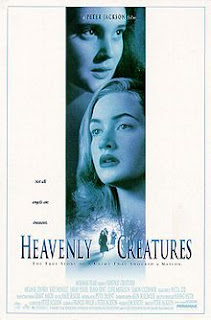 No matter what, I always love movies based on true crimes. There's just some strange allure at the acknowledgment that those certain events actually happened, particularly seeing what drives someone to murder.

Heavenly Creatures, one of Peter Jackson's movies outside of The Lord of the Rings saga, is about the case of Pauline Parker (Melanie Lynskey) and Juliet Hulme (Kate Winslet), two girls in 1950's New Zealand whose friendship reached the brink of obsession. Their motive for murder shows how deep their obsessive friendship was.

Both Lynskey and Winslet were newcomers in Heavenly Creatures, and proved that there are two new stars in Hollywood. They possess the innocence and imagination of young girls, but they also show that if you ruin their happy lives, you're going to pay a hefty price.

Heavenly Creatures is one of those movies that grabs you by the throat and never lets go. However, that grip loosens up a little bit because the narrative wavers towards the middle. It's still an impressive movie though.