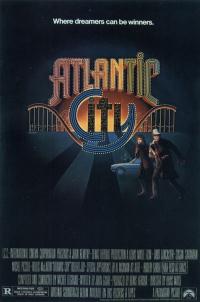 Usually when a famous actor gets older, their choice in parts gets limited considerably. They're typically parts that almost ridicule the actor's status in Hollywood, though there are a few exceptions.

Burt Lancaster in Atlantic City is one of those exceptions. He gives one of his best performances as aging gangster Lou Pascal. He has witnessed the many changes in Atlantic City. It's clear in his behavior that he himself has gone through many changes. But one look into his eyes and you see there's still some liveliness within him.

Enter Sally Matthews (Susan Sarandon), a waitress and Lou's neighbor. She gives him the last bit of youth within him. She also brings out more in Lou. Take note of his behavior towards the end. He becomes more carefree than careful with his actions.

Atlantic City is one of the best movies of the 1980's. The performances are so nuanced, they just work flawlessly. It's not one to be missed.