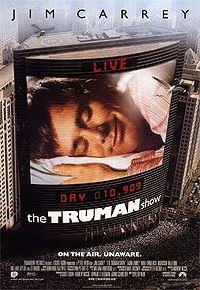 Truman Burbank (Carrey) has a charmed life, a happy marriage to Meryl (Laura Linney) and good friends. What he doesn't know is that it's all set up; his life is actually a TV show created by Christof (Ed Harris). But Truman begins to suspect his life isn't what it seems...

If you read the plot on paper, you would've thought it was the formula for a box office bomb. But thanks to Carrey's performance, Peter Weir's direction and Andrew Niccol's screenplay, it proved to be a box office success. Carrey's Oscar snub shows how unattentive AMPAS can really be.