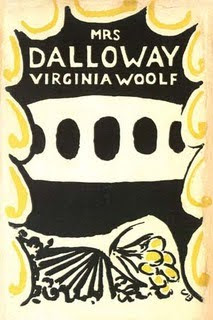 I have managed to catch up on reading the classics. I've read works by John Steinbeck, Tennessee Williams, Truman Capote, among others. One work I have recently read was Virginia Woolf's Mrs. Dalloway.

In post-World War I London, Clarissa Dalloway plans a party to be held at her home. The novel follows Clarissa's day, as well as the day of several other characters. Two others include Septimus Warren Smith, a soldier suffering from post-traumatic stress disorder, and Peter Walsh, a man who still has affections for Clarissa (and vice versa).

I liked the novel, but there were a few flaws I didn't approve of. For starters, the entire writing style was stream of consciousness, a method I don't really like. It felt like Woolf spent too much time in the minds of her characters. I thought throughout the book, "What point are you trying to make?" But if you have an appreciation for English literature, I would recommend it to those that do.

My Rating: ***
Posted by MovieNut14 at 3:56:00 PM
Email ThisBlogThis!Share to TwitterShare to FacebookShare to Pinterest
Labels: books, reviews