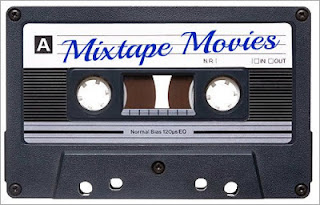 Okay, last entry! I will conquer you like I did with the last five posts. Let's do this! (Whoa, don't know where that came from. Sorry about that.)

Anyway, the final mixtape will be about "Carnal Desires". Yesterday's list was about dead or dying relationships; this one's about those basically kept together by lust. The list starts after the jump. (And if you're wondering, no, the images provided won't be explicit.)

What better way to start off this list than with a film that caused an uproar upon its release? (Expect that to be a running theme throughout.) Lulu knows what kind of effect her prowess has on people. Does she mind that they're drooling in her wake? Not particularly.

Do you honestly think that the wide-eyed Dolores Haze, the object of Humbert Humbert's perverse desires, was just this innocent child? I certainly don't view it this way.

This film's more of a mix between teenage urges and sexual revenge but the balance between them is something I think only Cuaron could pull off.

Like what he did with Last Tango in Paris thirty-one years earlier (a film that was amongst my shortlist), Bertolucci makes a fantastic film which revolves not strictly on sex but also on the emotional bonds (if I could call them that) formed between the lovers.

And the wildcard is...
I chose this because although the scenes of intimacy between Brad and Sarah are, well, carnal, they want something else even more than sex: an emotional connection, something their own spouses can't provide for them.

Well, that concludes these amusing contributions for Andy. I hope you enjoyed them.
Posted by MovieNut14 at 11:19:00 PM
Email ThisBlogThis!Share to TwitterShare to FacebookShare to Pinterest
Labels: blogathon/meme