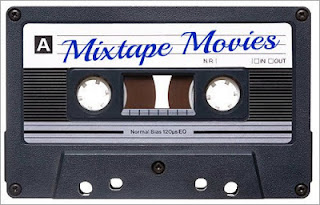 Andy has once again come up with a brilliant idea for a blogathon. The idea is to make a mixtape (or, to adapt to the 21st century, a playlist) of five films that revolve around a common theme plus a wildcard entry (a film that doesn't quite fit among the others but still belongs). I got really curious and as a result, I came up with several different mixtapes. (They'll be posted within the next few days.) Anyway, onto the first one.

Many of the themes for my mixtapes will be rather...dark. And the first one is no exception. The title? "Addiction is Bad". These films revolve around the downward spiral of the leads and how it can affect those close to them. The list starts after the jump.

This was one of the first films not afraid to focus on addiction. Sure, witnessing Don Birman (Ray Milland) sinking deeper into his alcoholism looks tame now, but just imagine what audiences thought of it back in 1945.

Likewise, the descents of Joe (Jack Lemmon) and Kirsten Clay (Lee Remick) might look meager in comparison to recent films (one such example will be coming up next), but the response in 1962 must have been one of shock.

This was just the beginning in showing how low one can get when it comes to addiction. (It certainly wouldn't be the last either.)

All right, show of hands. Who saw this film and vowed to never ever take drugs as a result?

And the wildcard is...
Granted, this film isn't strictly about addiction, but it does show how one's personality can change with the addition of a potent drug. And like Billy Wilder before him and Blake Edwards later on, Nicholas Ray wasn't afraid to shock his audiences.

Well, that's one entry down. A lot more to go...
Posted by MovieNut14 at 9:04:00 PM
Email ThisBlogThis!Share to TwitterShare to FacebookShare to Pinterest
Labels: blogathon/meme