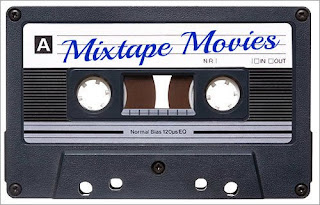 Bear with me, guys. I've got only a few more to get through. (The choices for them are good, I'll promise you that.)

Anyway, the theme for this one is "Behind Closed Doors". I could have done a whole list of films revolving around this very subject, but I'm only permitted to six. And boy, are there a lot of films that fit this category. The list starts after the jump.

Oh, a list like this just wouldn't be one without this film, would it? I presume seeing George and Martha (and maybe even Nick and Honey as well) amongst mixed company and sober is even more unsettling than seeing them alone and drunk.

The Jarretts look like a stable family even though they suffered a massive loss. It doesn't take long to realize they're anything but.

Deconstructing the image of picture perfect 1950s life long before Mad Men amid a saturated Douglas Sirk homage, this film showed that all is not well behind the white picket fences. (And yes, I think Julianne Moore should have won for this.)

This film pretty much proved that if you have a secret, it will be discovered whether you want it to or not. (Hell, the title alone tips that off.)

What caused Frank and April Wheeler to go at each other's throats? Whatever the reason, their fights make those between George and Martha from Who's Afraid of Virginia Woolf? look tame.

And the wildcard is...
The fights between the family here are essentially well known to everyone rather than just the family. Then again, Eleanor of Acquitaine (a dynamic Katharine Hepburn) says it best: "What family doesn't have its ups and downs?"

Three down, a few more left...
Posted by MovieNut14 at 3:24:00 PM
Email ThisBlogThis!Share to TwitterShare to FacebookShare to Pinterest
Labels: blogathon/meme