BOOK VS MOVIE: Our Kind of Traitor 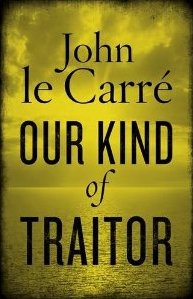 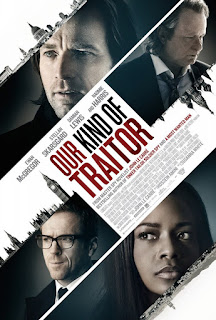 Who doesn't like a good thriller? It can be just the thing to remedy your everyday routine. After all, there's a good chance you might not encounter such things on a regular basis.

John le Carré on the other hand did encounter such things during his time in British Intelligence and in the decades following him serving his country, he wrote immensely about espionage in his fiction. And even with the changing times, his novels remain popular.

Our Kind of Traitor, one of his more recent publications, depicts a society in the aftermath of economic crisis. (It was published not long after the recent recession.) And le Carré pens a thriller that depicts a corrupt global economy, the kind where blood is on both the money and the hands that hold it.

Susanna White's adaptation, however, gets rids of that element and the film suffers as a result. What results is your average conspiracy thriller with a few bits of action thrown in good measure. It's clear that White had a lot of driving ambition for this but not enough to make it work in its entirety.

It doesn't take much to see which version of Our Kind of Traitor is superior. On the one hand, you have to admire the eagerness White displays in nearly every frame. But in comparison to other le Carré adaptations like Tinker Tailor Soldier Spy, it lacks that sense of focus. Hopefully her next work will make up for it.

What's worth checking out?: The book.
Posted by MovieNut14 at 12:48:00 PM
Email ThisBlogThis!Share to TwitterShare to FacebookShare to Pinterest
Labels: book vs. movie, directed by women, reviews