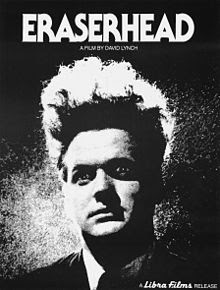 If there's one director whose name is synonymous with mind fuckery, it's easily David Lynch. His bizarre sense of imagination has proven popular for nearly forty years in both film and television. But does his work hold up after all these years?

In the case of his debut Eraserhead, its surreal nature hasn't lost its edge in the many years of its existence. Lynch would have the likes of Twin Peaks and Mulholland Drive in the years to come but their roots could be traced back to his first film.

Despite all its weird aspects, it's clear that Eraserhead basically a depiction of the sense of fear that follows becoming a new parent. (Worth mentioning that Lynch himself wouldn't become a father for a few more years.)

There's something about the use of white noise throughout Eraserhead that makes it more unsettling than it already is. (And that's saying a lot.) As if the images Lynch captures aren't nightmare-inducing enough (looking at you, freaky-sounding baby), he has to make it sound just as creepy. (That's one way to let your audience know what they're in store for.)

Eraserhead is strange on so many levels, you begin to wonder how many heavy narcotics Lynch was under the influence of when making it. (Astonishingly, none.) And at the same time, there's a sense of brilliance to it as well. (In short, watch this completely sober; watching it under the influence might result in a crisis of some sort.)

Posted by MovieNut14 at 11:20:00 AM
Email ThisBlogThis!Share to TwitterShare to FacebookShare to Pinterest
Labels: 1970s, director: David Lynch, movies, reviews