The Beyond the Cover Blogathon 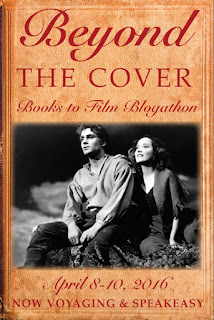 Liz of Now Voyaging and and Kristina of Speakeasy have teamed up for a blogathon to cover (no pun intended) film adaptations. As regular readers know, I frequently compare books and their film counterparts. So I decided to discuss one that I've already covered years ago. The title in question?


Sure, it may be an obvious choice but I wanted to do one where the adaptation is as great as (if not better than) the source novel. And let's be honest, there aren't that many. (Also I wanted an excuse to re-watch it.) 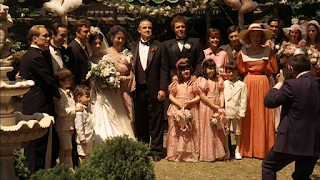 When Mario Puzo's novel hit bookshelves in 1969, it was a huge hit. It wasn't very long until Hollywood came knocking. Three years (and a few noticeable tweaks from the novel) later, the film that put Francis Ford Coppola and many of its stars on the cinematic map was released. Winning three of its eleven Oscar nominations (darn you, Cabaret!), it quickly became a classic. 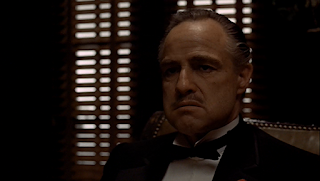 As everyone knows by now, this film was responsible for bringing Marlon Brando's career back to life after a decade of flops. His Vito Corleone proved that Brando may have been down throughout the 1960s but he sure as hell wasn't out just yet. (And thank God for that too.) 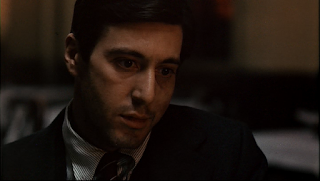 The Godfather was the big break of Al Pacino's career, and it doesn't take much to see why he became one of the biggest names of the 1970s shortly thereafter. With only two films under his belt prior to The Godfather, he proves with his Michael Corleone what he could do when it came to his work. 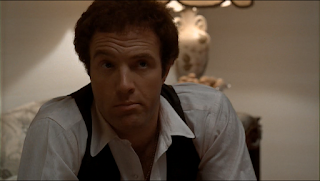 James Caan was more or less immortalized as the hot-headed Sonny Corleone. Nowadays a character actor, Caan was also a big name back the 1970s following the release of The Godfather. Here, Sonny is basically a hypocrite; the film shows he's a family man but at the same time, he's carrying on an affair. 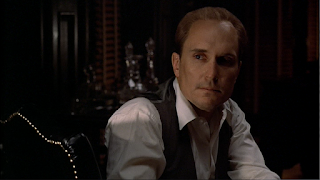 Ten years after his screen debut in To Kill a Mockingbird (amusingly another very successful book-to-film adaptation), Robert Duvall earned his first of seven Oscar nominations as consigliere Tom Hagen. Compared to several of the other characters of the film, Tom's decidedly more composed. (Which, let's be honest, is a good thing when dealing with gangsters of different temperaments.) 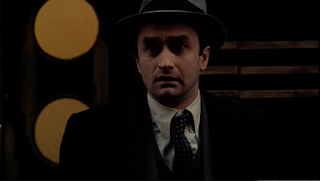 John Cazale only made five films before his death from cancer in 1978 but with all of them being nominated for Best Picture, clearly he knew how to pick out good scripts. Though he has much more to do in the second film, his Fredo Corleone shows the audience a glimpse as to what Cazale was capable of. Who knows what Cazale's career would've been like had his life not ended at age 42. 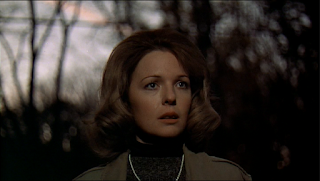 Shortly before becoming associated with Woody Allen and screwball comedies, Diane Keaton was what Hollywood wanted in actresses before Meryl Streep joined the scene. Her Kay Adams is for the most part in the background but she's what keeps Michael connected to the civilized world. But all she can do is watch helplessly as he descends deeper into the criminal underworld. 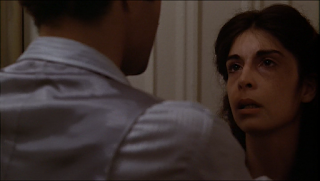 Coppola cast his sister Talia Shire, more known today for Rocky (and being the mother of Jason Schwartzman), as the suffering Connie Corleone. Much like Kay, she's mainly in the background but the abuse she endures is the catalyst for much of Sonny's rage. Shire may have a small part but what Connie goes through leaves a big impact on the other characters. 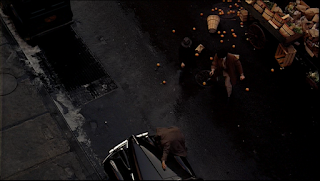 The images captured by Gordon Willis also solidified the ever-lasting legacy of The Godfather. (Would you believe it took until the third film for Willis to get nominated for his involvement?) Who would've thought that bloodshed could look artistic? 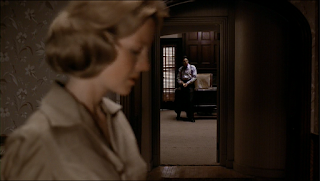 More than forty years have passed since The Godfather first graced its presence in movie theaters, and its legacy still endures. Many actors and directors cite this film as a personal favorite. Crime films in the decades to come try to match up to Coppola's magnum opus but very few succeed.
Posted by MovieNut14 at 8:27:00 PM
Email ThisBlogThis!Share to TwitterShare to FacebookShare to Pinterest
Labels: blogathon/meme