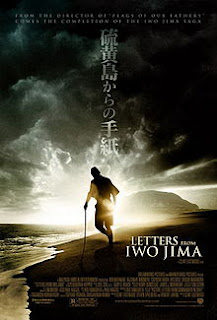 On their own, both movies are excellent. In comparison though, it's safe to say Letters from Iwo Jima is the better of the two. It doesn't rely on the war depicted. It relies on the soldiers' personalities, much in the same manner as The Thin Red Line.

I give Eastwood points for having Japanese as the main language of Letters of Iwo Jima. It would've been awkward had the whole thing been in English. (I say this as I side eye Spielberg in the case of Schindler's List.)

Letters from Iwo Jima is a phenomenal movie. Gone are the images of pure bloodshed in every frame. Instead is a marvelous character study of soldiers in the throes of battle. I love it.