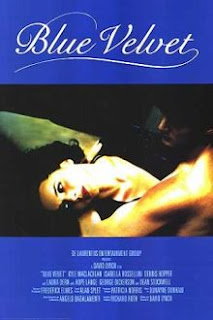 I mean, Mulholland Drive is a weird movie, but the weirdest in Lynch's line of work has to be his magnum opus Blue Velvet. For Pete's sake, it starts off with the lead character finding a severed ear. That aside, Blue Velvet is excellent as a neo-noir.

Bizarre as it may be, Blue Velvet is perhaps one of the best movies made in the last thirty years. About, say, half of it is hard to watch for its brutality, but it's a very absorbing movie at the same time.