The Royalty on Film Blogathon 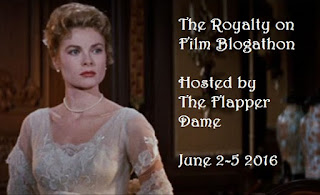 Emily of The Flapper Dame is hosting a blogathon where the subject matter is of the regal society. There have been lots of films (especially in recent years) about both fictional and real-life royalty. I opted for the former. My film of choice?


This is just one of those films where it's next to impossible not to like. Not one element of it feels dated and it's still lovely on re-watches. (Honestly, we need more films like this nowadays. Do away with big CGI'd explosions and gratuitous nudity. We just need a simple story.) 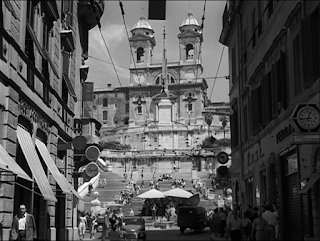 The original idea for Roman Holiday was to have it shot in glorious Technicolor but filmed on the sound stages of Paramount Pictures. Wyler insisted that the film had to be shot on location. The studio obliged but that meant the film had a lower budget and had to be shot in black and white. (It was also shot in black and white so the scenery wouldn't deviate from the story.) Personally it's because of this budgetary restriction that makes the film more romantic. 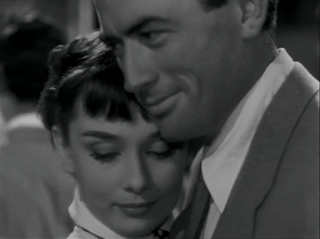 Of course it wasn't known back in 1953 but Dalton Trumbo was the one responsible for the film's story. With Trumbo being blacklisted at the time, Ian McLellan Hunter, one of the writers of the final script, was the front for who was behind the typewriter. The story won an Oscar but it wouldn't be until 1993 before Trumbo (who passed away in 1976) had it awarded to him in his name. 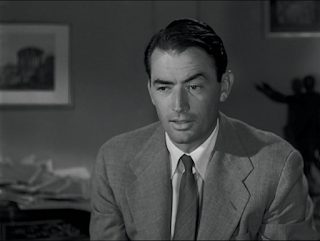 By the time he had gotten the script (which Cary Grant had turned down fearing that he was too old), Gregory Peck was striving to do something of a lighter variety. After all, he did the likes of Gentleman's Agreement and Twelve O'Clock High just a few years prior so he jumped at the chance to star in a comedy. And his Joe Bradley has the right balance of charm and humor. 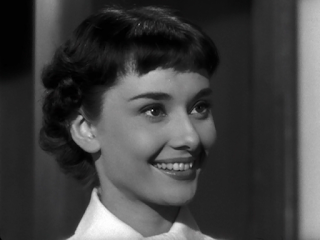 Audrey Hepburn meanwhile was a complete unknown prior to Roman Holiday. Halfway through filming, Peck was convinced that she would win the Oscar (she did) and insisted she get equal top billing. And the moment we see Princess Ann's radiant smile, it was clear that Hepburn had won the hearts of moviegoers everywhere. 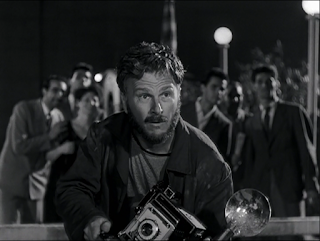 About a decade or so before his most famous work in Green Acres, Eddie Albert had the second of the two Oscar-nominated performances of Roman Holiday. (He lost to Frank Sinatra for From Here to Eternity.) His Irving Radovich bears the brunt of most of the film's humor. (The scene when he first meets Ann is the crux of this.) And like many of the era's supporting performances, if they can steal the show for a scene or two there's a good chance an Oscar nomination will come their way. 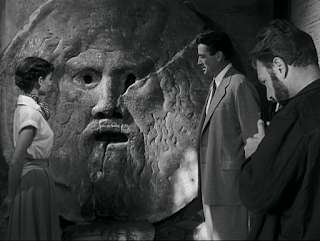 One of the more famous scenes of Roman Holiday was at the Mouth of Truth. It's worth mentioning that what happens within that scene was shot in one take and entirely improvised. (Peck borrowed a gag from Red Skeleton for the scene.) It's also further proof that sometimes the best moments aren't always the ones scripted. 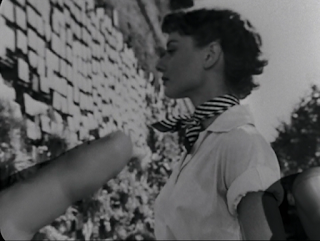 Roman Holiday is just one of those films where you just can't help but smile at (which sounds odd considering its bittersweet ending). Its stars may have passed on in recent years (Hepburn in 1993, Peck in 2003, Albert in 2005) but one thing is certain: their performances live on for future generations to watch. 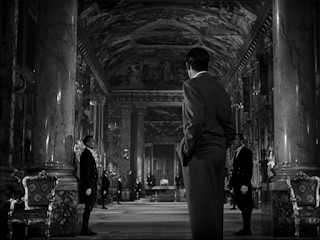 Posted by MovieNut14 at 2:12:00 PM
Email ThisBlogThis!Share to TwitterShare to FacebookShare to Pinterest
Labels: blogathon/meme