The 2nd Annual SEX! (now that I have your attention) Blogathon 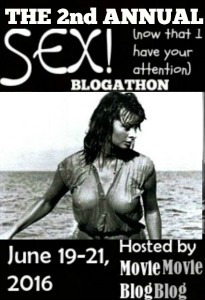 Steve over at Movie Movie Blog Blog has brought back his successful blogathon from last year. Last time around, I wrote about The Long, Hot Summer (mainly as an excuse to objectify Paul Newman and his Greek god physique). For this year I again chose a film where I could ogle the leading man without any sense of shame. The film in question?


Ah, the post-war era of Hollywood. This was when directors and writers started not giving a damn about the censors. They wanted to see how far they could push the limits of the Production Code. All it needed was that one film to start such a revolution. 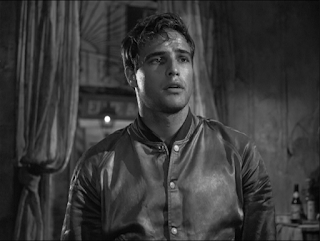 The minute you hear the first notes of Alex North's sultry score, you can tell that this'll be a film focusing on, well, desire. (Being based on a Tennessee Williams play also helps.) And like many later titles from the 1950s, it marked the beginning of the end for the Production Code. 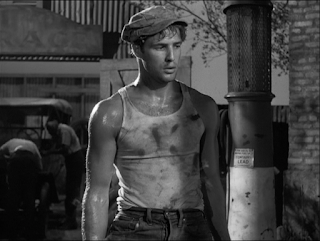 Yes, yes, much of the film's focus is on Blanche's very frail mental state but boy, Stanley's a very nice distraction. (Hell, even Blanche lost her train of thought upon catching sight of Stanley changing his shirt. Can you blame her?) Almost makes it a damn shame that Marlon Brando let himself go in later years, doesn't it? 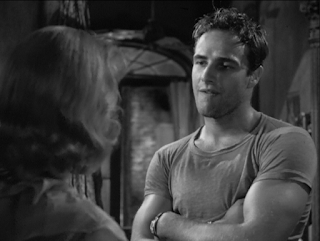 Of course it's worth noting that Stanley's wardrobe had to be customized. Fitted T-shirts weren't available at the time (they sure as hell were afterwards though) so they had to be washed several times and then the back stitched up. Thank you, AMPAS, for nominating the costume design. (Clearly no one appreciated the male form more than Williams, and I thank him for that.) 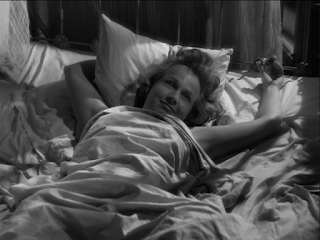 And man, Stella is basically the epitome of "good girl falls for bad boy", much to the horror of Blanche. ("EUNICE, I WANT MY GIRL DOWN HERE!") But with this being made at a time where certain aspects weren't allowed in movies, they could be alluded to instead. (Then again, implications can be more provocative than outright stating what's happening.) Oh, and in contrast to Williams' play, the film ends on a more optimistic note for Stella (as was expected from the time). 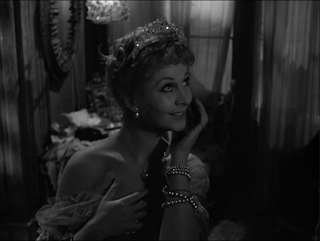 That's not to say Blanche herself is of a lily white nature as her name implies. As well as being arrogant and an alcoholic (though the latter she won't admit to), her own physical urges have gotten her in a whole mess of trouble. She lost her teaching job because of them and she keeps her past liaisons hidden. And her emotional disposition is just hanging by a thread, just waiting – waiting – to finally snap beyond repair. 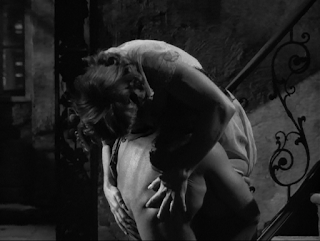 Also with this being a Kazan picture, his films were certainly no stranger to pushing the envelope. (Okay, not to the same extent as Otto Preminger but still.) He had already made the likes of Gentleman's Agreement (which focused on the subject of anti-Semitism) and Pinky (which revolved around a light-skinned black woman) but A Streetcar Named Desire was different. It wasn't about a subject that's nowadays a tame one; it's about something that's commonplace in films today. 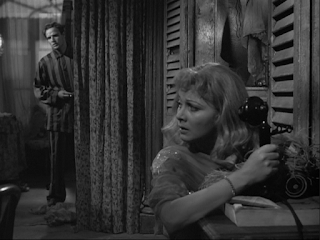 And with Williams being far ahead of his time, his works often faced scrutiny when they were being adapted into films. And A Streetcar Named Desire was no exception. With his original play having themes deemed too risqué for Hollywood (but suitable enough for Broadway), it had to be cleaned up to appease the censors. As Williams said in his memoirs, he liked the film fine but he felt it was "slightly marred by the Hollywood ending." Despite this particular opinion, it was clear that Williams knew his works (and their then-controversial nature) were to be his legacy. 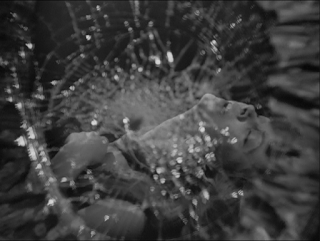 Posted by MovieNut14 at 4:56:00 PM
Email ThisBlogThis!Share to TwitterShare to FacebookShare to Pinterest
Labels: blogathon/meme