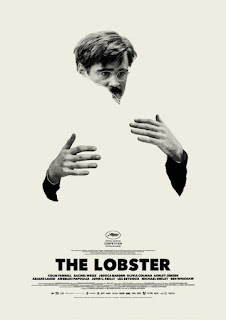 In a way, Yorgos Lanthimos' The Lobster could be viewed as being told by an extraterrestrial. Why? When you read the premise of the film, it's possible it's told by someone with a faint grasp on the concept of romantic commitment. (That someone, by the way, isn't Lanthimos.)

Set in a supposed utopia, The Lobster chronicles a society that enforces couples or else be turned into an animal of their choosing. It's a trial that lasts forty-five days, obviously not enough time to find someone you'd want to spend the rest of your life with. (Clearly this could also be told from the perspective of a cynic.)

The Lobster satirizes how society assumes you're not complete until you have someone in your life. Of course there are those who identify as asexual and aromantic so relationships of both physical and emotional natures are irrelevant to them. (That doesn't stop the media from thinking otherwise however.)

And as is the case with any satire, it needs the right actors to make it work. And Lanthimos ensures just that for The Lobster. As the lead of this ensemble is Colin Farrell, who's definitely been taking liberties at re-inventing his career as of late. Hopefully he'll get more diverse roles like this in the near future.

The Lobster has one of the most original concepts of a too often familiar storyline. It depicts the absurdity behind the idea (as told by a cynic) as well as how wonderful a sensation it is (as told by a romantic). Lanthimos most definitely has a strong career ahead of him should his streak of creativity continue its successful run.