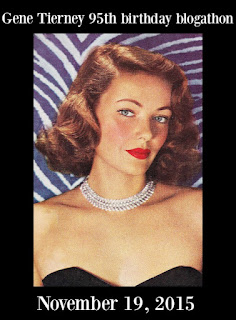 Simoa of The Ellie Badge is hosting a blogathon where the subject is Academy Award-nominated actress Gene Tierney. Admittedly I'm not deeply familiar with her work (I've only seen two of her films) but I felt like chipping my two cents. My film of choice?


Now this is one of those films that I knew next to nothing about prior to watching it when I first saw it back in 2012, and it's quickly became one of my favorites. As many of you might know by now, I like films about complex people, and The Razor's Edge is no exception. 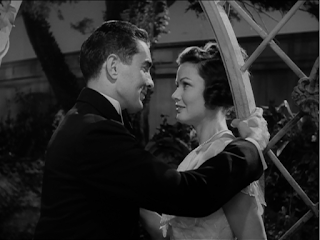 Set in the aftermath of World War I, it revolves around veteran Larry Darrell (Tyrone Power) as he tries to find meaning in his life as a civilian. He doesn’t want to spend his days working in an office and his fiancée Isabel Bradley (Tierney) doesn’t know how to help him. He’s scarred from the war and decides to travel in order to clear his mind. 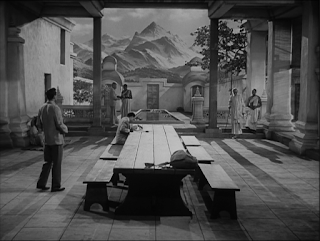 A year passes, and Larry still isn’t sure what his life’s meaning is. Isabel breaks off their engagement (she marries another man in order to live the life she deeply desires), and he travels to India to find enlightenment. Upon his return to Paris, he finds solace in helping childhood friend Sophie Nelson (Anne Baxter), who’s slipped in alcoholism following the deaths of her husband and baby, much to the deep envy of Isabel. 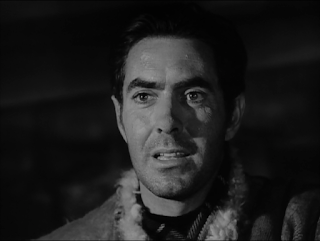 There’s a certain subtext to The Razor’s Edge that adds to the film. This was one of Power’s first films following his stint in the Marines during World War II, and you start to wonder how much of his own experiences he channeled into his performance. He sought out meatier roles following his return to Hollywood but what was his life like outside the sound stages? Did he encounter the same doubts as Larry? 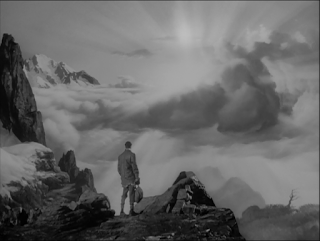 Similarly, this being a film released a year after the end of World War II (as well as W. Somerset Maugham’s book being released the year before the war ended), it’s more than likely that this resonated with returning soldiers. They didn’t know what to do with their lives after years of violence and bloodshed. They lost interest in returning to their jobs, having families. How many of them felt lost in the world they once knew? 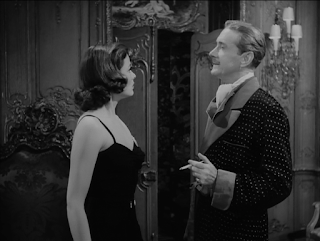 Reuniting two years after Laura, Tierney and Clifton Webb provide performances that are surprisingly similar to their work in the famed noir. Tierney plays the aloof leading lady, the type with a sharp, icy air to her. (At least Laura Hunt isn’t as vicious as Isabel…for the most part.) Webb in turn plays the elite snob with the dry witted remarks, a sort of re-tread of Waldo Lydecker. (Not to mention the…distinct air to him.) Was it deliberate on Goulding’s part to have Tierney and Webb basically re-play their Laura roles? 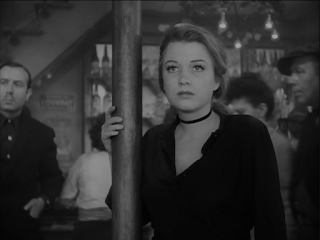 And then there’s Baxter. In stark contrast to her famed role in All About Eve, Sophie is a broken woman. (This is a role that Judy Garland turned down because she found it too depressing. Perhaps some elements were too reminiscent of her own life?) This is frequently the kind of role that actresses nowadays would do as a cheap ploy at getting award recognition. But in Baxter’s hands, it’s clear as to how she won the Oscar. 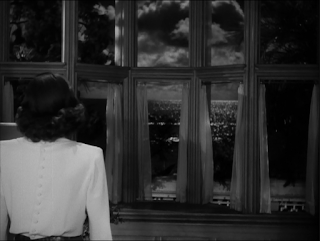 It’s very possible that The Razor’s Edge managed to leave an impact on its generation, one of world weary men who aged ten years in a span of six. All these years later there are still those who don’t know what to do with their lives as they watch it slip by them like sand in a hourglass. But as shown in The Razor’s Edge, you will find for your life even if there are obstacles in the way.
Posted by MovieNut14 at 2:45:00 PM
Email ThisBlogThis!Share to TwitterShare to FacebookShare to Pinterest
Labels: blogathon/meme