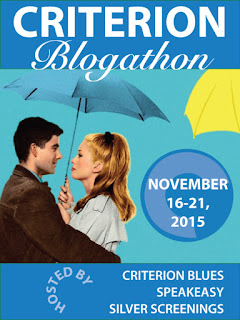 So get this. Aaron of Criterion Blues, Kristina of Speakeasy and Ruth of Silver Screenings decided to team up and do a blogathon together. Basically the objective is to talk about any film or topic so long as the Criterion Collection is involved. Sounds simple, right? Feeling bored, I figured I'd throw my two cents in for a Criterion release. But which one? Titles were being claimed left and right, so I opted for this one:


(Then I noticed someone else would be talking about Roeg's films on Criterion but whatever.) This was a blind buy when I first encountered it four years ago and after all this time, it has lingered within my mind. It has its flaws, certainly, but it's still a well-done complex little film. 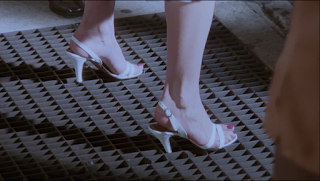 The film opens with the frenzied filming of a scene for a movie. Crowds are swarming to see the scene unfold before their very eyes. Then the Actress (Theresa Russell) stands on her mark as the fan below her blows up her skirt, much to the delight of the many men hooting and hollering on the set. (“I saw the face of God,” proclaims one of the fan operators.) Well, everyone except for her husband the Ballplayer (Gary Busey). 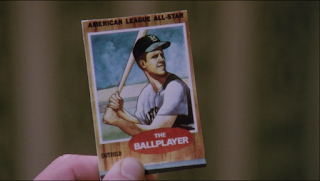 Sound familiar? Well, though names aren’t named, it’s clear that the four main characters of Insignificance are Marilyn Monroe, Albert Einstein, Joe DiMaggio and Joseph McCarthy respectively. Set primarily in one hotel room, the film shows how they lead different lives once they’re far away from the public eye and try to control their personal demons. 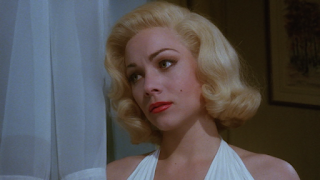 As the Actress, Russell plays a woman who is the object of every man’s desire and constantly in the glare of spotlights, and at this point she’s sick of it. (“I wish they’d switch me off,” she sighs at one point.) That doesn’t stop the camera from lingering constantly over her figure. (Then again, Russell had been married to Roeg for several years by that time.) But she proves almost immediately that there’s so much more to her beneath the platinum blonde hair and the low-cut white dress. 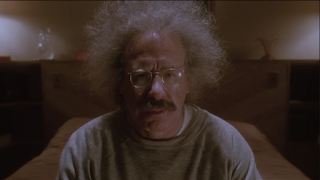 Michael Emil's the Professor isn’t so different from the Actress. (“We have an awful lot in common,” she breathlessly states.) He’s under tight persecution from the Senator (Tony Curtis), much like how the Actress is subjected to the roving eyes of strange men. The ghosts of his past haunt him so as he tries to carry on with life with a neutral disposition. And at the same time, he’s the (mostly) silent audience to the other characters’ raging egos and frail mentalities. 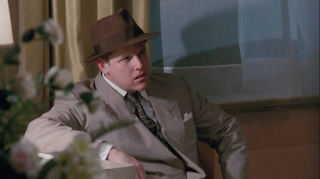 Several years after his Oscar-nominated turn in The Buddy Holly Story, Busey plays a man who despises living in his wife’s shadow. He loathes how men ogle at his wife, how she displays her body to complete strangers. But even amid all of that, he still cares about her and wants their marriage to work. (Their constant arguing may suggest otherwise however.) 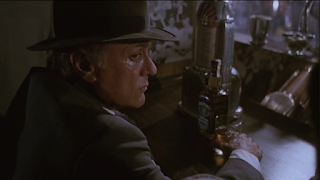 With a persistent layer of flop sweat on his face, Curtis’ the Senator is a vicious character. (Think J.J. Hunsecker from Sweet Smell of Success but with the same amount of backbone as Sidney Falco.) Long past are his days as one of Hollywood’s biggest box-office draws (and his personal life at that point was a bit unstable), but that doesn’t stop Curtis from standing out amongst his co-stars. (Surely someone during production must have seen the meta-induced irony of having him in a film where one of the characters is basically Monroe.) 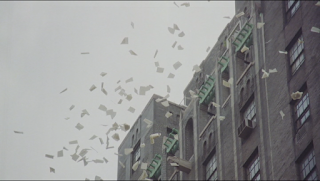 Insignificance is one of those films that has gotten lost in the mix over the years, the reason for that unknown. (Had Criterion not given the film its treatment, it’s likely that it’d still remain unseen by many.) It may not be amongst the ranks of Roeg’s other films like Walkabout and Don’t Look Now but it’s most certainly a film that you should seek out. Oh, and that last sequence is a doozy so be warned.
Posted by MovieNut14 at 12:23:00 PM
Email ThisBlogThis!Share to TwitterShare to FacebookShare to Pinterest
Labels: blogathon/meme