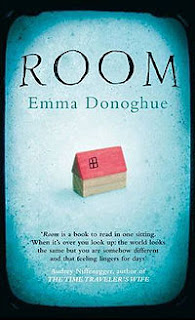 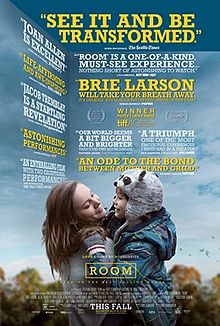 Human perseverance is an amazing thing. The willpower to survive is something unlike anything else. It's what separates us from other creatures in the animal kingdom.

There have been numerous stories throughout the media about such cases, many of them perpetrated by the monsters that walk among us. What happened to the victims is something that no one should either endure or inflict. But seldom do we hear about the survivors once the media frenzy calms down. (Then again, it's also respecting their privacy.)

Emma Donoghue's novel Room chronicles such a story. Told through the perspective of a five-year-old boy, it focuses on his and his mother's lives as they're sheltered in the titular room. With the story being told from his point of view, the novel takes on a dark tone as Jack watches the world he knows drastically change. (It's heartbreaking to read as he witnesses the abuse his mother endures from their captor.)

Lenny Abrahamson's adaptation maintains the dark ambiance of Donoghue's novel to the fullest. (Not to mention it's a stark contrast from Abrahamson's previous film.) The work from Brie Larson and Jacob Tremblay is fantastic (not often you see a child performance this effective), and Donoghue's script is as well. And despite its bleak mood, the film has some moments that'll leave a smile on your face.

So which of the two is better? Donoghue's novel is deeply haunting while Abrahamson's film perks up the mood as it wears on. Though the general feel for both of them is different, they both are resilient pieces of work in their own rights.

What's worth checking out?: Both.
Posted by MovieNut14 at 11:45:00 PM
Email ThisBlogThis!Share to TwitterShare to FacebookShare to Pinterest
Labels: book vs. movie, reviews