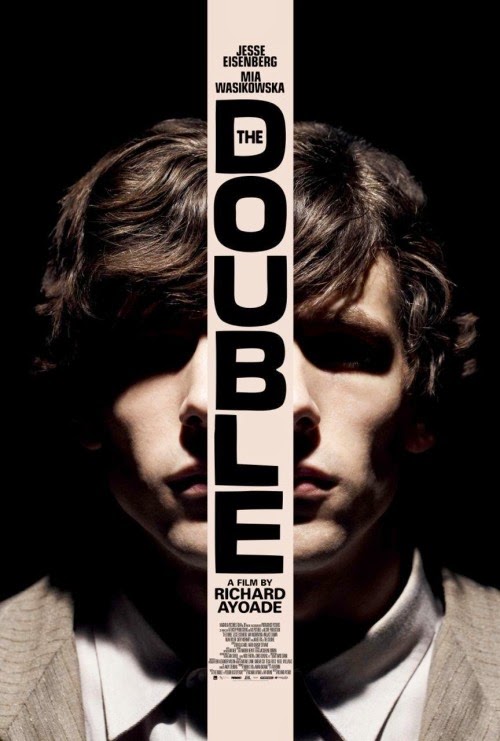 Richard Ayoade's first film Submarine was a clear homage to the works of Wes Anderson, complete with quirky characters and bright colors against neutral backgrounds. So what about his second film The Double? Two words: Alfred Hitchcock.

Bases on the novella by Fyodor Dostoyevsky, the film follows Simon James (Jesse Eisenberg) as he goes basically unnoticed by the world around him. Then he discovers his double James Simon and his life starts to spiral out of control.

From a visual standpoint, The Double is stunning. The film is primarily set at night and Erik Wilson's cinematography makes the most of it. The editing by Chris Dickens and Nick Fenton adds a certain dark humor to the film. (It's also very reminiscent of Dickens' work for Edgar Wright.) Very rarely do the technical aspects of a film work as well as they do here.

The Double has a few minor flaws but overall it's a damn good film. Ayoade proves with this film that he's a director to keep a close eye on. He knows how to tell a story.

My Rating: ****1/2
Posted by MovieNut14 at 9:25:00 AM
Email ThisBlogThis!Share to TwitterShare to FacebookShare to Pinterest
Labels: 2010s, movies, reviews