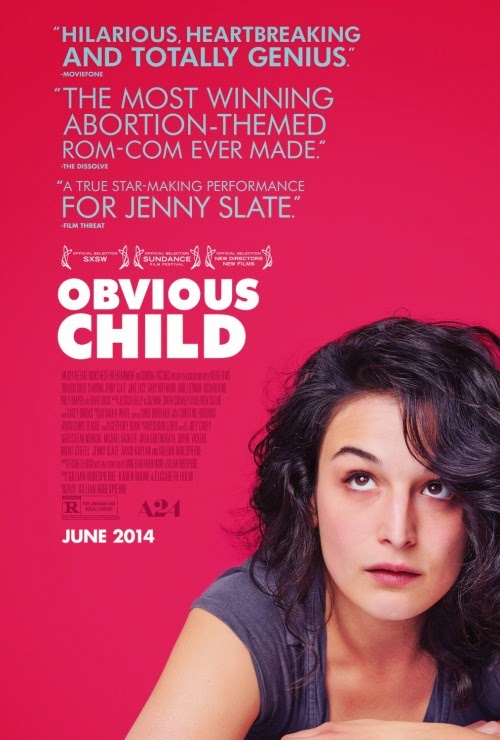 We've seen this cliche time and time again: girl next door gets pregnant after one-night stand, ponders over whether or not to get an abortion, ultimately decides to have baby. To be honest, it's such bullshit thinking a woman will always choose having a child, even if they can't afford raising it. (And don't even think about adoption coming into the picture either.) Like, what the fuck happened to pro-choice?

Thank God for Gillian Robespierre's Obvious Child. For once, we don't have the weepy melodramatic nonsense you normally see in any movie or TV show involving an unplanned pregnancy. (Especially considering this is, you know, a comedy.)

What's also worth mentioning is that Obvious Child doesn't make the unplanned pregnancy the main plot of the film. If anything, the subject is merely a mild conversation starter. Sounds callous, perhaps, but this isn't just a film about abortion. It's also a film about the various connections we make in our lives.

That is actually something most comedies (and occasionally films themselves) tend to skimp on. We've gotten so accustomed to seeing strictly romantic relationships that we've forgotten about how nice just normal friendships are in both fiction and real life. It should be more common.

Obvious Child is one of those films that we should get more often. It doesn't stoop to the lows most comedies fall to. It's smart, funny and above all else, it's clever. If you haven't seen it yet, be sure that you do.

My Rating: *****
Posted by MovieNut14 at 10:39:00 AM
Email ThisBlogThis!Share to TwitterShare to FacebookShare to Pinterest
Labels: 2010s, directed by women, movies, reviews