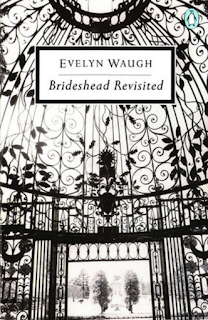 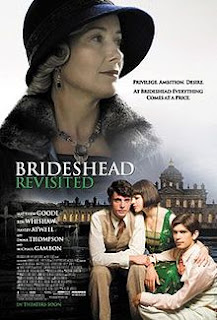 Depictions of high society usually capture the opulent nature of it all. The extravagant decor, jewelry practically dripping off women, plentiful amounts of alcohol and champagne...those are the images usually associated with high society. (Not to mention men in gorgeous tailored suits. Mmm.)

Such depictions rarely capture the people within said society. We never really see what they're like. In public, they practically have a smile frozen on their face. But what are they like behind closed doors? This is something that is explored in Brideshead Revisited.

Evelyn Waugh's novel captures life through the eyes of Charles Ryder as he befriends Sebastian Flyte and becomes accustomed to Sebastian's lavish (if somewhat eccentric) lifestyle. The gorgeously vivid detail Waugh goes into makes the world within Brideshead come alive on the page. It would be almost impossible to capture Waugh's words for the screen.

That didn't stop Julian Jarrold from making an adaptation in 2008 though it does seem a little too lush even by Waugh's descriptions. Matthew Goode plays Charles exactly as how he's described in the novel. I love the little tremor in Ben Whishaw's voice, which denotes the fear and sadness within his Sebastian. And I'm not just saying this for Andrew's sake, but the complete coldness in Emma Thompson's Lady Marchmain must be seen to be believed.

Both Waugh's novel and Jarrold's film basically cover the same subject without any fuss though the film condenses the novel a bit. A few aspects of the novel (more notably the full nature of Charles and Sebastian's relationship) have been altered but not to an extent that could cause an uproar. Though I know which of the two I prefer more.

What's worth checking out?: The book.
Posted by MovieNut14 at 11:14:00 PM
Email ThisBlogThis!Share to TwitterShare to FacebookShare to Pinterest
Labels: book vs. movie, reviews