Hey, it's that time of year that moviegoers both love and hate: Oscar season! Over at the Large Association of Movie Blogs (or LAMB), they've kickstarted their annual feature where LAMB members analyze the Oscar nominees. This year, I decided to chip in my two cents on a category. (Maybe because for once, I've actually seen most of the frontrunners while they were in theaters.) The category of my choice? Best Actor.

I have to admit, this year's lineup is pretty good. Most of the performances that got nominated I was quite impressed by. But which of the five gents do I think has the best chance of going home with Oscar gold? Let's look at the nominees, shall we?

Our first actor is Bradley Cooper, garnering his first Oscar nomination for Silver Linings Playbook. Usually noted for his roles in low-brow comedies, Cooper proves to the naysayers that he can act. In a role originally intended for Mark Wahlberg, Cooper displays his character of Pat Solitano's unstable and insecure nature without making it blunt. (Let's face it. Any actor could overdo portraying a character with bipolar disorder.) Sure, the fact he's playing the "Oscar bait" card with this role might be obvious to some, but you can't deny that he gives a damn good performance. 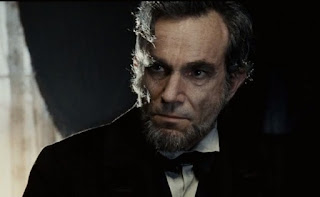 Earning his fifth Oscar nomination is Daniel Day-Lewis, nominated for Lincoln. As I said in my review of the film, the thought of Day-Lewis merely acting as Abraham Lincoln completely disappears the minute we first see him in action. (But then again, that's the case with a large majority of his roles.) Suffice to say he overshadows his many co-stars. (Though Sally Field and Tommy Lee Jones, who were also nominated, manage to get their moments in the spotlight.) Yet another great performance from a great actor. 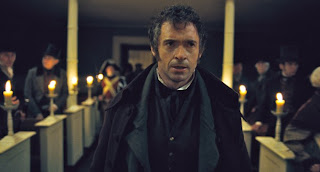 Also new to the Oscar race is Hugh Jackman, nominated for Les Miserables. He tackles the one genre that seems so strange for any action star to do: the musical. (But if you consider his pre-Hollywood career, then it doesn't seem as strange.) Anyone who's seen The Fountain or The Prestige knows that Jackman can handle the heavy material and as Jean Valjean, he gets a role he can really sink his claws teeth into. Is it a role he was destined to play? Seems very much like it. 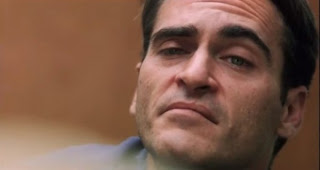 Claiming his third Oscar nomination (his second for Best Actor) is Joaquin Phoenix for The Master. Phoenix has always been a great (albeit possibly crazy) actor, and his performance in The Master essentially confirms that fact. Much like Brando's Terry Malloy and Dean's Jim Stark, Phoenix's Freddie Quell is the defiant anti-hero yearning for acceptance. He ends up finding said acceptance amid the wrong kind of people. And even though Freddie is a man of unpredictable behavior, Phoenix shows the (very) few redeeming qualities in Freddie to make us sympathize for him. 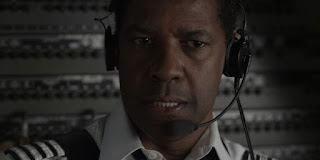 And finally we have Denzel Washington, earning his sixth Oscar nomination (his fourth for Best Actor) for Flight. As I very clearly (and repeatedly) stated in my review, I was not all that impressed with the film. (Washington himself just a bit more but barely.) As "Whip" Whitaker, he goes through the usual cliches of the struggling-to-quit alcoholic. Granted, he does have his moments towards the end of the film, but this just seems like a throwaway role for Washington. (I've a sneaking suspicion AMPAS just wanted another A-lister among their list of nominees.)

Basically the Oscar will be going to Day-Lewis because a) he's been winning everything across the board this season, and b) he's Daniel Day-Lewis. That said, however, I have a glimmer of hope for Phoenix. The more I think about Phoenix's performance, the more I realize how unflinching it really is. (The processing scene is the best showcase of that.) Now that would be one hell of an upset.

Who do you think will take home the coveted statuette?
Posted by MovieNut14 at 8:51:00 PM
Email ThisBlogThis!Share to TwitterShare to FacebookShare to Pinterest
Labels: Academy Awards