BOOK VS MOVIE: The Shining 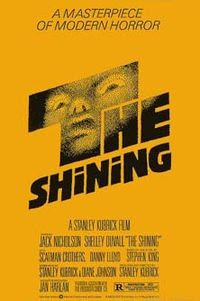 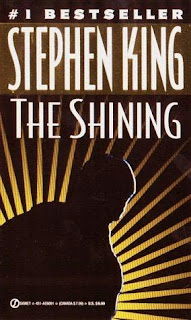 "All work and no play makes Jack a dull boy."

That phrase stuck to the subconscious of anyone who dared to watch Stanley Kubrick's horror movie. Though as most people know Stephen King, the author of the book the movie's based on, was not too pleased with the result of Mr. Kubrick's film. No surprise once you think of it: Kubrick pretty much re-wrote the entire book and claimed it as his own.

Former teacher Jack Torrance has earned the job of caretaker at the Overlook Hotel. He, along with his wife Wendy and son Danny, are to stay at the hotel for the entire winter. Danny has a special power which the hotel chef Dick Hallorann calls "shining". As the days become weeks and the weeks become months, Jack's behavior starts to change...

The book and movie are SO different, it's like they're not anyway related. Both are equally scary, but I find the book better.

What's worth checking out?: Personally, I'd go with the book.
Posted by MovieNut14 at 12:42:00 PM
Email ThisBlogThis!Share to TwitterShare to FacebookShare to Pinterest
Labels: book vs. movie, director: Stanley Kubrick, reviews, writer: Stephen King