The May the 4th Be With Audrey Hepburn Blogathon 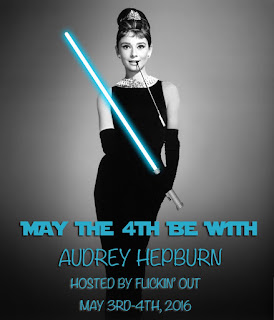 So Diana over at Flickin' Out has gotten fed up with a particular day of the year being associated with Star Wars. In response to this, she decided to honor another significant event that occurred on the fifth month's fourth day: the birth of Audrey Kathleen Ruston, better known to moviegoers as Audrey Hepburn.

Of course with Hepburn being a popular name amongst classic Hollywood fans, many of her titles were claimed by other bloggers for this event. So what I decide to discuss?


Lesser known than the most noted works for both Hepburn and Zinnemann, it's a film that I claim as one of my favorites. And I'm not sure how many of you have seen it but I hope by the end of the post you'll be seeking it out. 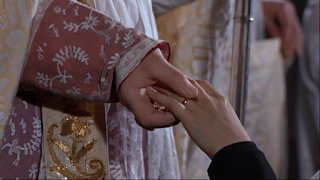 In the year of Ben-Hur, Some Like It Hot and Pillow Talk, The Nun's Story was one of several biblical epics of the time. But it's not an epic in the same sense as The Ten Commandments or Samson and Delilah. It doesn't rely on heavily detailed costumes or star-studded casts (though The Nun's Story features nine actors AMPAS recognized before and after the film's release); it's a film of a more simple scale. 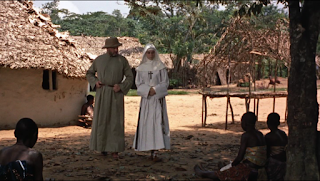 When Zinnemann acquired the rights of Kathryn Hulme's novel, there wasn't any studio that showed any burning desire to make it. Ingrid Bergman was considered for the lead role but she thought she was too old for the part and suggested Hepburn instead. It was once Hepburn expressed interest that the rest of Hollywood followed suit. 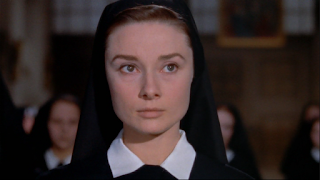 Hepburn had already established herself in Hollywood throughout the 1950s, including an Oscar win for Roman Holiday and another nomination for Sabrina. She earned a third nomination for her work here and quite frankly, it doesn't take much to see why. Many of her emotions are painted across her face, a skill only a select few of actors can do. 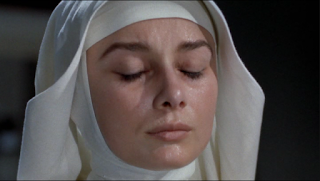 Hepburn nowadays is known for being primarily a style icon and movie star, very seldom for her abilities as an actress. Thankfully Zinnemann gave her a chance. With Wait Until Dark being a very close second, her work here is perhaps the best of her career. It’s almost a shame that it took seven years after this for her to prove again to Hollywood that she could act. 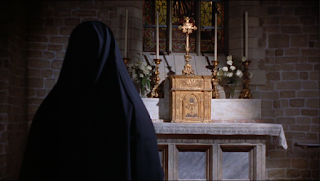 Usually many films that focus on religion (especially those from recent years) tend to be heavy-handed in regards with tackling the subject matter. But Zinnemann (as he proved with the likes of High Noon and From Here to Eternity earlier in the decade) shows more interest in the characters of the story and how they interact with one another. It's a detail regularly seen in films nowadays but infrequently seen in films from fifty-plus years ago. 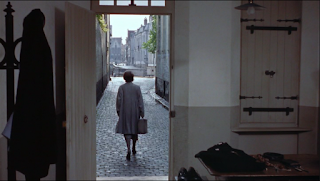 Posted by MovieNut14 at 10:45:00 PM
Email ThisBlogThis!Share to TwitterShare to FacebookShare to Pinterest
Labels: blogathon/meme