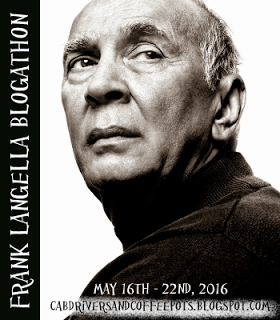 Carissa of Cab Drivers and Coffee Pots is hosting a blogathon focusing on the Oscar-nominated actor. And as Alex has shown a few years back, Langella has had quite the extensive career. But which film of his have I decided to cover? Why, the one that got him an Oscar nomination, of course:


Nominated for four other Academy Awards (alas winning none), this is one of those based-on-real-events films that holds up on re-watches. (Not many of those hold that honor.) And quite honestly, it's perhaps one of the best films from the last decade.

Based on the play by Peter Morgan (who also adapted it), Frost/Nixon chronicles the series of interviews conducted between British TV personality David Frost and disgraced American president Richard Nixon. And Howard had the right frame of mind in casting the men who originated the roles on stage.

After years of being a character actor, Langella finally got his moment in the spotlight. He plays Nixon as a man who tries his damnedest to escape the shadow of his misdeeds, Watergate in particular. But he also plays him as a man more clever and cunning than he may appear. (Apparently his time in office gave him some perks.)

As Frost is Michael Sheen, another hard-working thespian whose work could qualify under the character actor category. He plays Frost (who passed away in 2013) as a flamboyant playboy entertainer, the kind at first glance who’s more interested in the spotlight than the job at hand. (It's stated early on in the film that Frost has "no real political convictions whatsoever.") But when pressure begins to mount, he starts to take things much more seriously.

But the film is about more than the interviews and the behind-the-scenes problems. It also chronicles the men's egos and insecurities, how they behave beyond the persistent glare of the public eye. (The phone call scene towards the climax is the crux of this.) Both Howard and Morgan simply want their audience to see the two leads as human beings with their own flaws.

Frost/Nixon doesn't glorify Nixon's past actions though it does shine a light on their effect in the years afterwards. It'd be a stretch to say that politics have taken a turn for the better (especially considering the current U.S. election) but one thing has certainly changed since the Nixon administration; with the exception of Eliot Spitzer, politicians are (considerably) more careful about what they say behind closed doors.

Posted by MovieNut14 at 8:39:00 PM
Email ThisBlogThis!Share to TwitterShare to FacebookShare to Pinterest
Labels: blogathon/meme