Yesterday I wrote about a film that won a few Oscars, today (on the day of the Oscar ceremony, no less) I write about a director who never won a competitive Oscar. So for the Metzinger Sisters of Silver Scenes and Quiggy of The Midnite Drive-In for their blogathon, I give them this post. Oh, the director in question, you may ask? Why, none other than Sidney Lumet.


It's somewhat baffling. Here's someone who had fourteen films that were lucky enough to get Oscar nominations (with only three of them winning anything!), and he himself was only nominated four times throughout his whole career. At least those four films were damn good ones, otherwise this would be an awkward situation. The films (and whom he lost to) in question are: 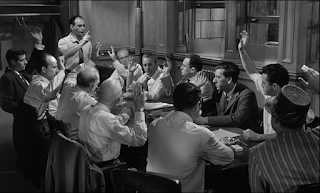 Very few directing careers start with a bang. Lumet was one of the lucky ones. With his keen eye, he captures so much in a film primarily set in one room and only twelve actors. There have been many imitators since then but there have been only a few genuine articles. 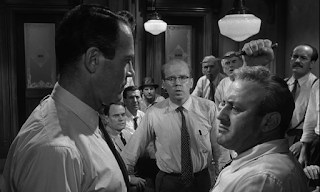 It must have been daring to make a film with racial themes when racism was rampant in everyday life. (Well, more rampant than what we’ve been encountering in recent months.) But that would be a known aspect in Lumet's filmography: daring subject matter. After all, many of his later films focus on the topic of corruption and the fight for justice. 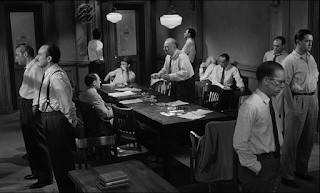 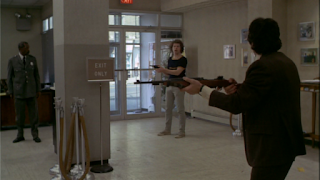 It would be another eighteen years before Lumet got nominated again, again for a film involving criminal behavior but this time based on real events. (Events that happened only three years prior too!) With the likes of Al Pacino and John Cazale (both hot off the success of the first two Godfather movies), this one firmly established that there was a new film movement in town and it was here to stay. 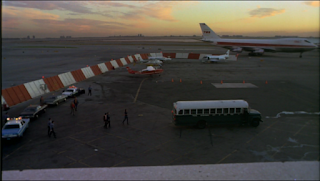 Amusingly despite Frank Pierson winning an Oscar for the screenplay, much of the film’s dialogue wasn't even scripted including the now-famous "Attica!" chant. Lumet, having a good sense of how the mind of an actor works, let his actors play around with the script. (According to his book Making Movies, Lumet figures "that 60 percent of the screenplay was improvised.") Does that hinder the film's quality? Absolutely not. 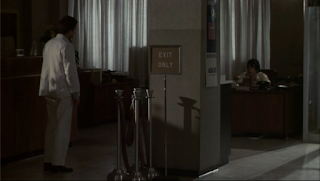 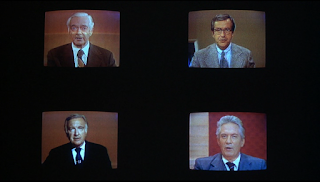 While the storytelling of Dog Day Afternoon was on a frenetic scale (hey, it's about a botched bank robbery), Lumet's follow-up was more calculating and focused. (Having a caustic script by Paddy Chayefsky is the main reason behind that.) It's one of many titles from the 1970s positively dripping with cynicism. 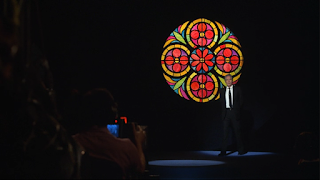 Forty years since its release have passed, and one aspect of Network still resonates today: we are part of a deeply jaded society. What was once viewed as satire is now an unfortunate fact of life. How much longer until precise elements from Network become a cruel reality (and have Chayefsky rolling in his grave)? 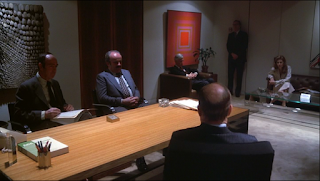 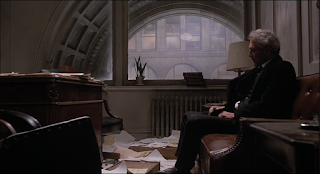 Lumet's last Oscar nomination for directing came twenty-five years after his first, and again it focused on the legal system. Starring Paul Newman (in a performance that should have earned him an Academy Award), Lumet depicts a man trying to do what's right in a world that throws many nasty curveballs at him. Will he succeed? 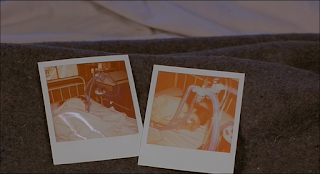 With perhaps the exception of his swan song Before the Devil Knows You're Dead, the rest of Lumet's career following The Verdict didn't have the same spark as his earlier films. But this film proves that Lumet was one of the greats and like Alfred Hitchcock and Stanley Kubrick before him, he was always the best man but never the groom. 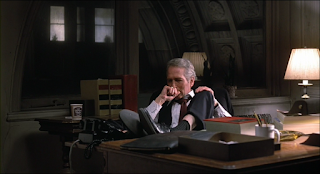 Posted by MovieNut14 at 7:47:00 PM
Email ThisBlogThis!Share to TwitterShare to FacebookShare to Pinterest
Labels: blogathon/meme