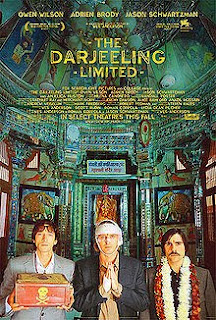 Now and then, I watch movies that a handful of people think aren't so great. But most of the time, I have to disagree with them.

Estranged brothers Francis (Owen Wilson), Peter (Adrien Brody) and Jack (Jason Schwartzman), who haven't seen each other since their father's funeral, reunite for a spiritual journey through India.