BOOK VS MOVIE: My Cousin Rachel 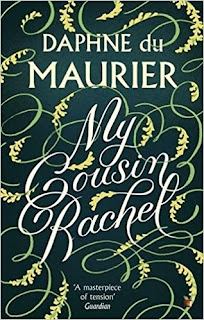 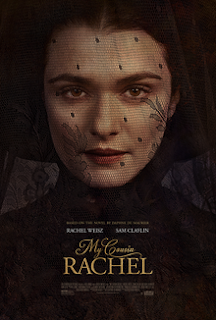 Daphne du Maurier may not be a familiar name to most people but mention some of of her works and then they'll recognize her (more so if they've seen the adaptations of them). Rebecca, Jamaica Inn, The Birds, Don't Look Now...if you want to find thrills from a female author, du Maurier is your best bet.

But even then, her works have the tendency to be classified as romantic works. (Perhaps in a similar vein to the Brontës' novels?) The Gothic element there's no denying, and there is passion amid the suspense. However, don't expect it to follow the usual conventions.

Her novel My Cousin Rachel in particular is an example. Following him in the aftermath of his guardian Ambrose's sudden death, Philip Ashley grows deeply suspicious of his widow Rachel. But once he meets and gets to know her, Philip's doubts about Rachel's character morphs into infatuation.

Roger Michell's adaptation maintains a more ambiguous tone than du Maurier's novel or Henry Koster's telling of the tale from 1952. Is there merit to Philip's suspicions or is something else unfolding before his eyes? In the lead roles are Rachel Weisz and Sam Claflin, both of whom have had eclectic careers over the last few years. (And boy, Claflin certainly has the jawline for the male lead in a Victorian thriller.)

So which is better: du Maurier's novel or Michell's film? Both provide a feminist slant towards Victorian customs, showing a certain hypocrisy of the times. Though one actually manages to maintain a better sense of paranoia while the other showcases more of the story's opulent details. (Then again, it varies within both of them.)

What's worth checking out?: The book.
Posted by MovieNut14 at 3:48:00 PM
Email ThisBlogThis!Share to TwitterShare to FacebookShare to Pinterest
Labels: book vs. movie, reviews