BOOK VS MOVIE: In Cold Blood 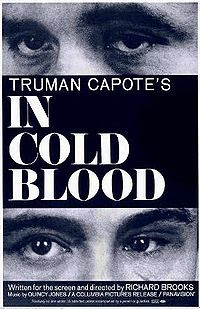 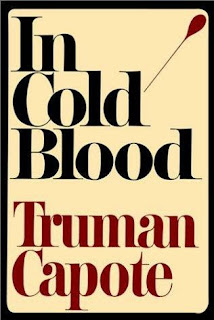 I've recently taken an interest in criminology. I don't know why, but I find it very fascinating.

On November 15, 1959, the peace of Holcomb, Kansas was shattered by the brutal murder of the Clutter family. The killers, Dick Hickock and Perry Smith, manage to evade the law for several months after the crime is committed. The crime would've remained unsolved had Floyd Wells, a prisoner who once celled with Dick, hadn't reported who the killers were.

Truman Capote successfully manages to create a whole level of creepy just with his writing. Richard Brooks' movie was also creepy, but not on the same level with Capote's book. There's one line uttered by Perry that scared the hell out of me:

"I thought he was a very nice gentleman. Soft-spoken. I thought so right up to the moment I cut his throat."

What's worth checking out?: I'd go with the book.
Posted by MovieNut14 at 6:18:00 AM
Email ThisBlogThis!Share to TwitterShare to FacebookShare to Pinterest
Labels: book vs. movie, director: Richard Brooks, reviews