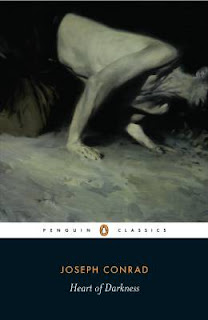 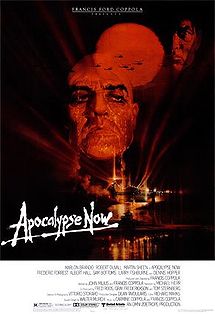 Seeing humanity in ruins is a horrifying thing to witness. The collapse of moral sanity is all around us. There's no escaping it, no matter how hard you try.

Joseph Conrad's novella Heart of Darkness displays such a thing. Chronicling the depths of one man's obsession amid a world of carnage, it's an unflinching portrait of how depraved and brutal man can become. It's truly an unsettling read.

Francis Ford Coppola's film Apocalypse Now is more of a nod towards what Conrad wrote than it is an adaptation, but it stills retains many of the novella's themes. With a Vietnam War backdrop, the motifs of consuming madness and reigning chaos seem all the more relevant. (it also seems fitting albeit surreal that Coppola almost went mad during production.)

Both the novella and the film are great, but there can only be one. And I know which one it is. Although Conrad depicts pure madness in the matter of only a few chapters, Coppola goes into grand detail on the same subject. (And I do mean "grand".) You simply can't get a better war film than Apocalypse Now.

What's worth checking out?: The movie.
Posted by MovieNut14 at 6:59:00 PM
Email ThisBlogThis!Share to TwitterShare to FacebookShare to Pinterest
Labels: book vs. movie, director: Francis Ford Coppola, reviews