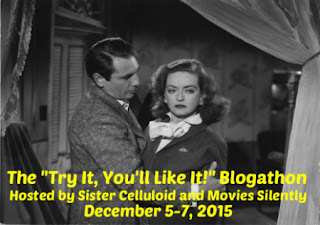 Fritzi of Movies Silently and Janet of Sister Celluloid are hosting another blogathon, and this one just seemed right up my alley. How so? Well, the main objective, in Fritzi's words, is "where we write about 'gateway films' that might bring non-classic-film lovers into the fold!" So what to choose? Something accessible to the masses, something that still resonates long after many (if not all) of its stars have passed on. My film of choice?


Now Singin' in the Rain is one of those films that everyone can enjoy. (This is coming from someone who's not that big on musicals, regardless if they’re classic or contemporary.) And one thing’s always guaranteed: you will have a warm, fuzzy feeling within you as the “THE END” card shows up on screen. 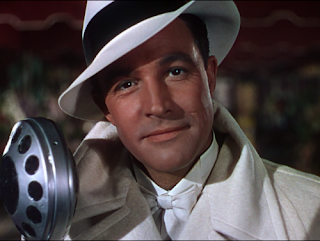 In the role that immortalized him, Kelly's Don Lockwood easily steals the show when he starts hoofing it up. (Come on, it’s Gene Kelly. Not exactly hard to see why that is.) As well as being the film's star, Kelly was also the co-director so he had a lot on his plate. And he just carries off with the whole film as if it were nothing. (Well, he did just do An American in Paris the year before.) 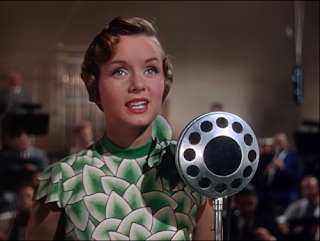 Debbie Reynolds nowadays is known for two aspects of her personal life: the stormy end of her marriage to Eddie Fisher and being the mother of Carrie Fisher of Star Wars fame. Thankfully she’s also known for the film that made her a star. Only nineteen when filming began, she dealt with the brunt of Kelly’s perfectionism and miraculously held her own alongside him. And her Kathy Selden just radiates on screen. (Reynolds would later say that making Singin’ in the Rain was one of the two hardest things she ever had to do; the other thing was surviving childbirth.) 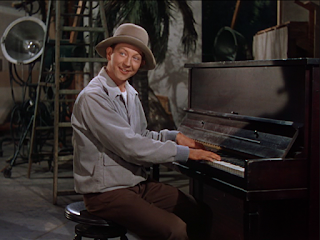 Donald O'Connor rounds out the trifecta. His Cosmo Brown is the film’s comic relief, certainly, but again he holds his own alongside Kelly. (Not an easy task, let’s be honest.) The "Make 'Em Laugh" number (which was created because Kelly thought O’Connor should have a solo act) is just one of several examples from Singin’ in the Rain that shows he could do a number just as frenetic as any of Kelly’s. (Not bad for someone who was smoking four packs of cigarettes a day during production.) 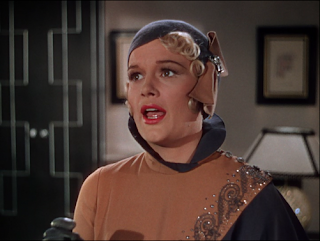 And then there's Lina Lamont as played by Jean Hagen. The moment she opens her mouth ("FER HEAVEN’S SAKE! What’s the big idea?!"), it’s clear that she’s all show and no go. (With a voice like hers, she could probably render dogs within a five-mile radius deaf.) The role was written with Judy Holliday in mind (just watch Born Yesterday and it’s clear to see why) but there was concern that the recent Oscar winner wouldn’t want a supporting role. Fortunately they got Holliday’s Broadway understudy for the part, and Hagen got an Oscar nomination as a result. (She lost to Gloria Grahame for The Bad and the Beautiful, ironically another film revolving around behind-the-scenes Hollywood drama.) 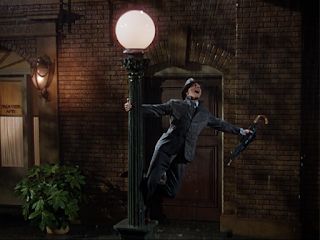 If you're not careful, you can get tired just from watching some of the high energy dance numbers. And if you read up on what happened during production, it's clear that it wasn't exactly a walk in the park. After doing the "Make 'Em Laugh" number, O’Connor was bedridden for days. (And after a week of rest, he had to do it again because the initial footage was ruined. So his collapsing at the end of the number? That was real.) The “Good Morning” number took hours to film and Reynolds’ feet were bleeding afterwards. And with the famous title number, Kelly had a high fever while filming it. (Hagen had it easy, didn’t she?) 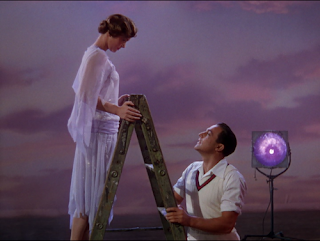 All the turmoil Kelly, Reynolds and O’Connor went through during that grueling production definitely paid off in the end. More than sixty years later, Singin’ in the Rain is known as the greatest musical of all time and boy, that’s no exaggeration. Not bad for a picture where the musical numbers were written before the script. (Oh, and just a warning: at least one of the songs will be stuck in your head afterwards.) 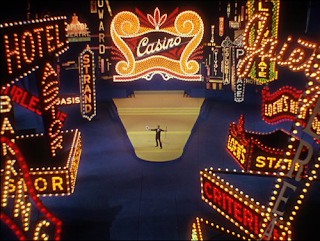 Posted by MovieNut14 at 3:04:00 PM
Email ThisBlogThis!Share to TwitterShare to FacebookShare to Pinterest
Labels: blogathon/meme