BOOK VS MOVIE: In the Heart of the Sea 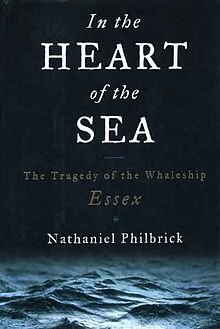 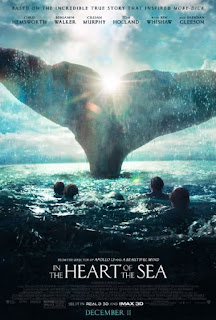 The sea is a cruel face of nature. It can claim many victims whether from the many creatures living within it or from the violent storms it plays host to. Point being many tales have been told about the perils of the sea.

One of the most famous stories is Herman Melville's Moby-Dick. A tale of adventure and obsession, it's a story that has captivated readers for well over a century. But did you know that the story of Captain Ahab and the Pequod was based on real events?

Nathaniel Philbrick's In the Heart of the Sea chronicles the voyage that would inspire Melville's magnum opus. It depicts the various plights the crew of the whaleship Essex endured during its last expedition. The novel also examines other maritime incidents, a condensed history of whaling, and grim details of what the crew endured. (And "grim" is an understatement.)

Ron Howard's adaptation does manage to capture many of the action scenes but it seems more reliant on the events being an inspiration for Melville. Certain details are toned down so as to not to horrify the viewer and others are modified for the sake of drama. (That said, there are some shots from Anthony Dod Mantle's cinematography that would make J.M.W. Turner proud.)

So what's worth checking out more: Philbrick's novel or Howard's film? On the one hand, Philbrick's novel provides great detail on one of history's forgotten maritime tragedies. But on the other hand, Howard's film depicts the horrors the Essex crew faced quite well. Though it's fairly obvious which of the two is more successful.

What's worth checking out?: The book.
Posted by MovieNut14 at 5:14:00 PM
Email ThisBlogThis!Share to TwitterShare to FacebookShare to Pinterest
Labels: book vs. movie, director: Ron Howard, reviews