BOOK VS MOVIE: The Price of Salt/Carol 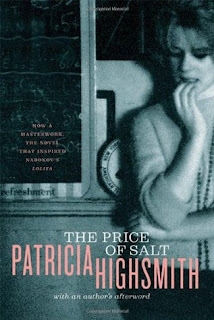 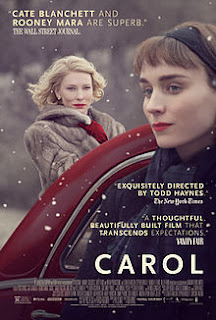 And there have been countless works revolving around that very subject. Books, movies, plays, poetry, songs...it's basically the most popular topic around. Of course when the word gets thrown around a lot, it starts to lose its meaning. Thankfully there are those who make sure that the word doesn't lose its impact.

Patricia Highsmith's novel The Price of Salt focuses on a young woman's budding relationship with an older woman. This being a book published during the early 1950s, it caused somewhat of a shock during this wholesome era. (Originally using the nom de plume Claire Morgan, Highsmith didn't associate herself with her second novel until later in life.) But like what E.M. Forster did with Maurice, Highsmith shows that love has no boundaries.

Todd Haynes' film Carol alters several details of Highsmith's novel but it maintains the forbidden romance of its day. (Haynes also shines a light on a subject that he only gave a faint interest towards in Far from Heaven.) With its meticulous costume and set designs, the film displays a sharp defiance beneath the composed dispositions. (Not to mention that heteronormativity is the worst.)

Between Highsmith's novel and Haynes' film, both show a lifestyle hidden beneath the glitz and glamour of the 1950s. But both works on their own stand out so deciding which is better is hard to say. Then again, there is another option...

What's worth checking out?: Both.
Posted by MovieNut14 at 10:13:00 PM
Email ThisBlogThis!Share to TwitterShare to FacebookShare to Pinterest
Labels: book vs. movie, director: Todd Haynes, reviews