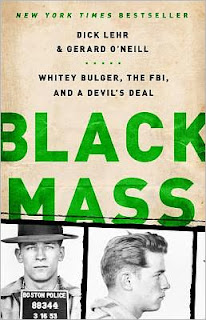 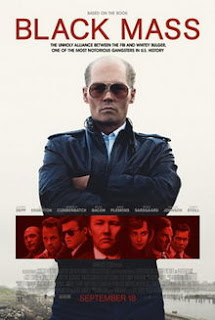 Over the past year or so, the United States legal system has come under scrutiny. (Mainly because of the failure to indict the police officers who coldly murdered unarmed black people despite damning evidence against them.) But it's worth mentioning that the system has always been broken. For as long as the legal system has been in existence, corruption, cover-ups and backstabbing have been there too.

And many titles in the crime genre focus on the subject of corruption within the system. Done poorly, it could be nothing more than a half-baked attempt at drama. Done properly, however, it can be a chilling portrait of the crooked system we're supposed to trust.

Black Mass: The True Story of an Unholy Alliance Between the FBI and the Irish Mob by former Boston Globe reporters Dick Lehr and Gerard O'Neill chronicles (as the title implies) one of the biggest scandals in FBI history. The scandal in question involved protecting an informant who was guilty of various crimes including racketeering, drug trafficking and murder. The informant's name? James "Whitey" Bulger, one of the most infamous names in criminal history.

Scott Cooper takes the facts Lehr and O'Neill present, and runs with them. Cooper's film shows more of a glimpse into Bulger's private, almost as if he's trying to make the South Boston gangster appear more human. (It works but that doesn't excuse Bulger's actions in the slightest.) And while Johnny Depp and Joel Edgerton will earn most of the acclaim (it's deserved), special mention also goes out to Julianne Nicholson and Peter Sarsgaard.

Which is better? On the one hand, the book by Lehr and O'Neill chronicles in detail about Bulger's criminal actions from the start of his rise in Boston to until he went on the run in late 1994. On the other hand, Cooper's film is easily the most complete of his three films. Decisions, decisions...

What's worth checking out?: Both.
Posted by MovieNut14 at 9:54:00 PM
Email ThisBlogThis!Share to TwitterShare to FacebookShare to Pinterest
Labels: book vs. movie, reviews