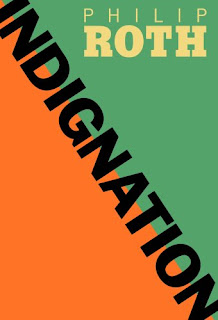 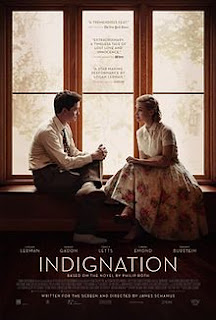 When thrown into a new location, we don't know what to expect. Our comfort zone has been taken away from us, leaving us to fend for ourselves. But sometimes such a change could be a good thing.

But what if it doesn't work? What if the trouble you tried to run away from keeps following you like a bad smell? Indeed that seems to be the fate of some people but sometimes it can result in their undoing.

Philip Roth's novel Indignation chronicles a young man's attempt to survive far away from his father's constant worrying. What he encounters at his Ohio college is sexual discovery, repression and the looming fear of the ongoing Korean War. And he also unveils the damaged psyches of some of his peers.

Similar to what he did with The Ice Storm, James Schamus' adaptation chronicles sexual discovery within an era when people were still learning about the physical act. Through the performances from Logan Lerman and Sarah Gadon, he depicts a tight-knit world filled with people uncertain of their paths in life. (Also, how gorgeously did Christopher Blauvelt frame many of the shots?)

Both Roth's novel and Schamus' film portray a less than idyllic era only the more bold of media will capture. There are a few differences between the two works, yes, though that's not the critical aspect of them. What stands out from them is how flawed and imperfect we as a species are.

What's worth checking out?: Both.
Posted by MovieNut14 at 10:54:00 AM
Email ThisBlogThis!Share to TwitterShare to FacebookShare to Pinterest
Labels: book vs. movie, reviews