BOOK VS MOVIE: Of Human Bondage 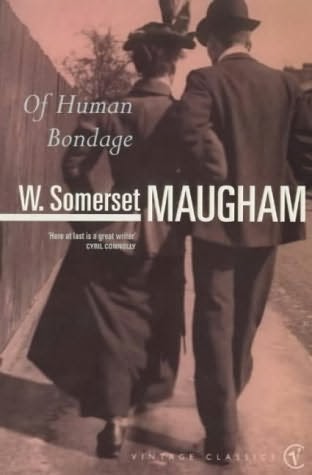 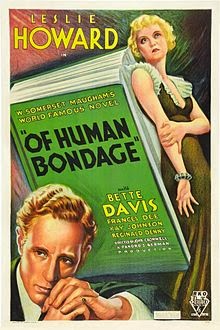 People are complicated. Everyone knows this. No one on this planet knows what they want for certain whether it be making a name for themselves or simply having another person in their life. It's simple nature.

This is what Philip Carey realizes time and time again throughout Of Human Bondage. He thinks he has his life in order whenever he pursues a new passion but something always throws a wrench into his desires. Poverty, lack of inspiration or, the most devilish of them all, a waitress by the name of Mildred.

W. Somerset Maugham's novel goes into great detail as to what molded Philip into the man that he is. In the wrong hands, this could be viewed as a way to fill the pages. But Maugham makes it an art form, something I've only encountered with a few other authors. Nothing that Maugham writes sounds preachy nor desperate. (Perhaps because of the semi-autobiographical elements?)

John Cromwell's film noticeably condenses Maugham's novel into a manageable running time (83 minutes!) yet it keeps the disillusioned nature of the novel very much alive. This is thanks to the performances from Leslie Howard and Bette Davis as Philip and Mildred, and they show the contrast between their characters excellently. The dejected tone in his features and voice and the vulgar nature in hers simply says it all.

Does Maugham's novel reign supreme or does that honor go to Cromwell's film? Both are superior in their own rights and certainly have their charms. (If "charm" is an appropriate word to use for a story like this.) The novel shows how dreams can die cruel deaths whereas the film is bolstered by two fantastic performances, so I suppose there's only one way to dispute this.

What's worth checking out?: Both.
Posted by MovieNut14 at 8:41:00 AM
Email ThisBlogThis!Share to TwitterShare to FacebookShare to Pinterest
Labels: book vs. movie, director: John Cromwell, reviews