BOOK VS MOVIE: The Lost City of Z 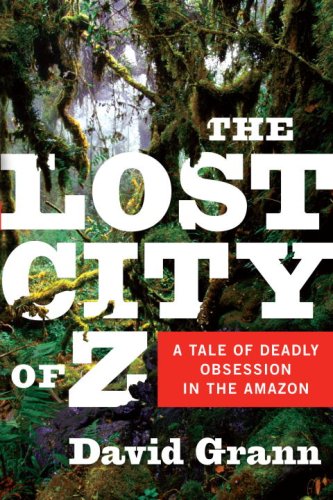 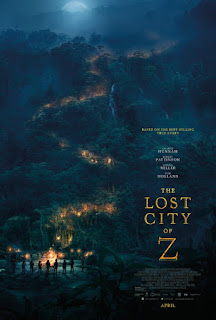 The thrill of adventure. We've read numerous books and watched countless movies over the years that capitalize such a feeling. And some of those fictional adventures were inspired by real-life ones.

Take for instance Percy Fawcett, During the 19th century and the first quarter of the 20th century, he had a burning desire to discover new lands and the treasures they contain, But such an expedition he led into the Amazon in 1925 resulted in Fawcett and his companions -- his son Jack and Jack's friend Raleigh Rimell -- disappearing from the face of the earth, never to be seen or heard from again. What has the Amazon been hiding for over ninety years?

David Grann's novel The Lost City of Z chronicles both Fawcett's feats of exploring and his own attempt to uncover what happened to the famed adventurer. (Grann was far from the only person to undertake such an endeavor; he's just one of the few to come back from it.) And he also writes about the obsession that followed Fawcett throughout both his life and in the decades following his disappearance.

Altering a few details aside (omitting Rimell from the narrative entirely, for instance), James Gray's adaptation follows what happened during Fawcett's many expeditions truthfully. But what Gray shows with his film is more than just a standard biopic or adventure flick; instead, it's a portrait on the depths of Fawcett's being. (And can someone cast Charlie Hunnam in more roles like this?)

So what's better: Grann's novel or Gray's film? Both works show the highs and lows of Fawcett's excursions, how his constant traveling began to affect his home life. But they also show that he was very much a human being, warts and all. (Not a very common aspect on stories about real people.)

What's worth checking out?: Both.
Posted by MovieNut14 at 1:15:00 PM
Email ThisBlogThis!Share to TwitterShare to FacebookShare to Pinterest
Labels: book vs. movie, director: James Gray, reviews