BOOK VS MOVIE: Sense and Sensibility 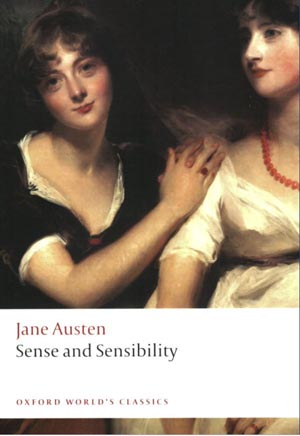 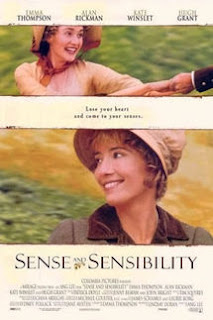 We live in a society that (still)
demands equality between men and women amongst the arts. "There aren't enough movies/TV shows directed/written by women!" and "Women deserve to be better written!" are some of the most common cries towards Hollywood. Towards literature however? It's much more tame.

Perhaps it is because there have been countless pieces of literature that have an air of feminism. Jane Austen's work has been said to have such themes. (Well, that's what I've been told.) Indeed, many of her protagonists are independent-minded women, so I got curious about what Austen had to offer.

After failing to make a dent in Pride and Prejudice, I opted for her other famed novel Sense and Sensibility. I was taken by Austen's words but like as I did with Pride and Prejudice, it took me a while to fully grasp them. I very much enjoyed the story Austen told even if I did find it a bit long-winded.

A few tweaks to the original text aside (most noticeably an age lift for a few characters), Ang Lee's adaptation stays fairly true to Austen's novel. And thanks to the work from Emma Thompson, Kate Winslet and Alan Rickman (they have some of the most heartbreaking expressions I've ever seen), the film is just marvelous. (If you didn't smile from the ending, don't even talk to me.)

But which of the two to recommend? Austen's novel is rather poetic as is Lee's film. But the film is easier to follow than the novel. (At least in my eyes anyway.) So I suppose the verdict is clear then.

What's worth checking out?: The movie.
Posted by MovieNut14 at 9:32:00 PM
Email ThisBlogThis!Share to TwitterShare to FacebookShare to Pinterest
Labels: book vs. movie, director: Ang Lee, reviews, writer: Jane Austen