BOOK VS MOVIE: The Sweet Hereafter 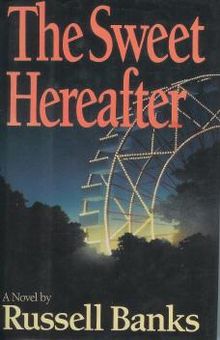 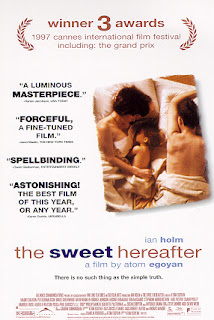 What does one do when tragedy strikes? Some mourn. Some go into denial. Some rage against the heavens. Regardless of the reaction, it's hard to cope with the sudden news.

The Sweet Hereafter explores a tragedy in a small New York town through the eyes of several people: the driver of the bus that crashed; the father of two of the victims; a lawyer hired by some of the town's residents; and the lone student who survived the accident. All are reeling from what has happened in their own ways.

Russell Banks' novel shows that before the tragedy, these people suffer from their own personal problems. The accident only added to their troubled lives. All are not perfect humans, and Brooks proves that in his writing.

Atom Egoyan's film keeps the spirit of Banks' novel alive with a few added details. The main one is depicting the New York (actually Canadian) landscapes thanks to the watchful eye of Paul Sarossy. They add certain elements to the film which make the original material come even more alive. Throw in some great performances (particularly from Ian Holm and Bruce Greenwood), and that sums up Egoyan's film.

Both Banks' novel and Egoyan's film basically keep many aspects of the story the same, but there are a few noted differences between the two. Banks' novel is more subtle whereas Egoyan's film is more haunting. As with many previous entries, I must pick my favorite of the two though it might be hard.

What's worth checking out?: Both.
Posted by MovieNut14 at 11:51:00 PM
Email ThisBlogThis!Share to TwitterShare to FacebookShare to Pinterest
Labels: book vs. movie, reviews