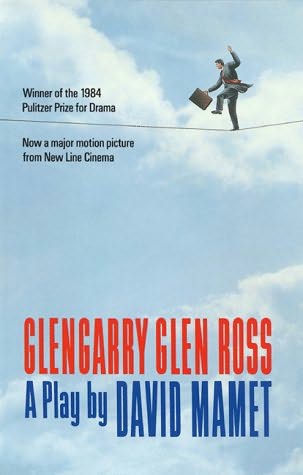 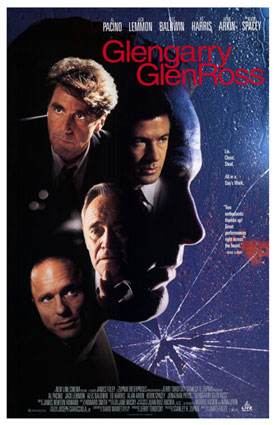 Glengarry Glen Ross in some ways is a modern take of Death of a Salesman. The character in Glengarry Glen Ross that represents Death of a Salesman's Willy Loman best is Shelley Levene, who in the movie is played by Jack Lemmon in his best work. Like Loman, Levene was once a big shot who now struggles to scrape by. It's a complex role that only a great actor can play and Lemmon nails it.

Along with Lemmon, the cast for Glengarry Glen Ross includes Al Pacino, Kevin Spacey, Ed Harris, Alan Arkin and Alec Baldwin, the latter has the most epic scene (Mamet wrote it for the movie). It's an ideally chosen and well-acted cast. Could there be a more perfect one?

What's worth checking out?: I'd go with both.
Posted by MovieNut14 at 8:54:00 AM
Email ThisBlogThis!Share to TwitterShare to FacebookShare to Pinterest
Labels: book vs. movie, plays, reviews